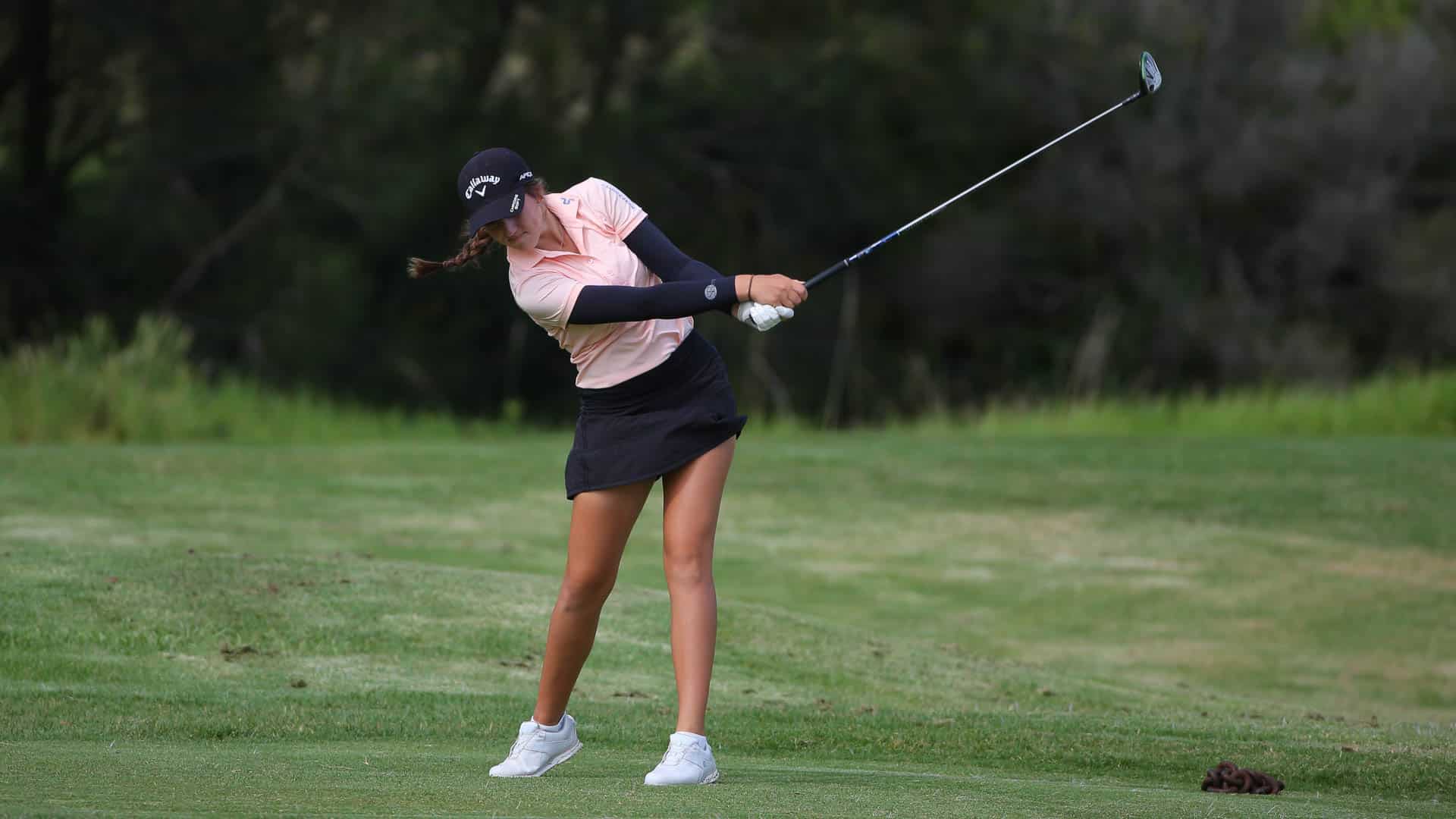 The Terms of Competition – NSW Women’s Strokeplay & Amateur Championship, are to be read in conjunction with the Golf NSW Standard Conditions for Events Run By Golf NSW, the Golf NSW Code of Conduct and the Golf NSW Hard Card.

Should a conflict occur between conditions, then the conditions outlined on the entry form take precedence.

1.1 The Championship will be played in separate stages:

(a) NSW Stroke Play Championship – stroke play over two rounds of 18-holes. One round each will be played at Ryde-Parramatta and Pennant Hills Golf Clubs. The leading player at the end of this stroke play stage will be the 2023 NSW Stroke Play Champion. Ties for first place in the Stroke Play Championship will be determined by sudden death play-off should time permit, otherwise joint winners will be declared. All other ties shall be determined using the Golf Australia Countback System for deciding prize winners. See 1.1 (b) regarding ties for determining positions in the match play draw.

Other Perpetual Trophies played in conjunction:

The Rules of Golf, as adopted by R&A Rules Limited, will apply, together with Golf NSW Hard Card (see condition 10), and any additional Local Rules as drawn up by the Championship Committee.

4.1 Handicap: Eligible players are female amateurs whose GA Handicap (or overseas equivalent) does not exceed 12.4 strokes at the time of entry.
4.2 Age: there are no age restrictions in this event.
4.3 Entry Fee: the entry fee applicable for this event is $200 (including GST).
4.4 The maximum field size for the Championship will be 264 players (132 men, 132 women). The Championship Committee reserves the right to increase the number of male or female players should the total field size not be achieved. In the event of entry applications exceeding the number of places available in the Championship, applications from those higher handicap competitors not exempt from a handicap ballot will be decided by a handicap ballot. Unsuccessful applicants will be informed without delay and given the opportunity to compete if withdrawals subsequently occur. Monies received from balloted entrants, who do not subsequentlycompete, will be refunded in their entirety.
4.5 Exemptions: There are no exemptions for this Championship.
4.6 Acceptance: The decision of the Championship Committee as to acceptance or refusal of any entry will be final.
4.7 Withdrawal: upon withdrawal, as detailed in the Standard Conditions, a $10 administration fee is deducted (the $10 admin charge for entries not
made online is also non-refundable).

See Golf NSW Standard Conditions. Participants must walk at all times during a stipulated round unless permission has been granted by the Committee. Applications for permission MUST be made at the time of entry. Golf NSW takes no responsibility for the availability of golf carts.

Practice rounds prior to the Championship are at the discretion of the host club. Permission must be sought from the host club’s Professional Shop for play.

Competitors MUST register 30 mins before their starting time on each day of play.

Rule 5-6 will be strictly enforced. See the Golf NSW Pace of Play Guidelines for this Championship.

The Golf NSW Hard Card will be in effect throughout this event.