It is with deep sadness that Golf NSW acknowledges the passing of Golf NSW Honorary Member Joan O’Connell OAM.

She was also the Chairperson of the WGNSW Course Rating Committee from 2001 to 2005. Physically rating over 100 courses state-wide. In addition to her efforts rating courses, Joan helped conduct the NSW Golf Association (NSWGA) Rules of Golf Seminars and Exams.

Being State Rules Accredited and particularly well-known, Joan was often invited by other Districts to assist in referring major tournaments, including the 2002 and 2003 NSW Open. 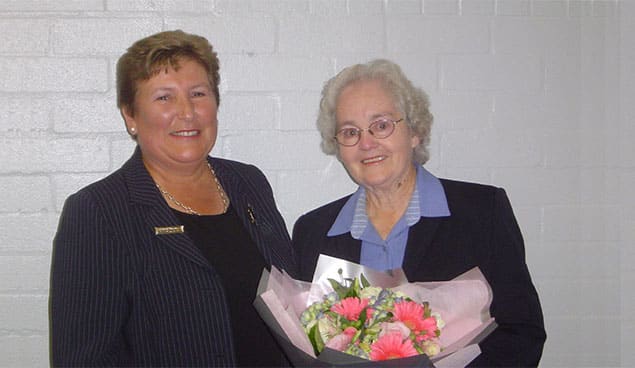 Joan was a founding and Life Member of the Central Coast Women’s Golf Association (CCWGA). She held numerous committee positions from 1980 until 2012 including President, Vice President, Secretary, Assistant Secretary, L.G.U. Northern Co-op, WGNSW Council Member, and was its inaugural Captain in 2008. Prior to CCWGA, she was the Central Coast Delegate to NHDWGA.

On Australia Day 2017, Joan received the Medal of the Order of Australia for a life dedicated to golf for over 40 years.

Without her commitment, women’s golf in NSW would not have been as successful as it is today.

Golf NSW extends its condolences to Joan’s family and friends.