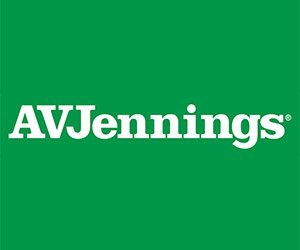 Travis Smyth hasn’t forgotten where he came from, or how hard the journey is to become more than merely good at the sport he loves.

Now, with the help of one of his mates, Adam Barnard, his sponsors and club connections, the rookie tour professional has set up an annual scholarship which he hopes will help talented Illawarra junior golfers chase their dreams.

The decision to start a scholarship was something Smyth has wanted to do for some time. He said, importantly, it was one where he could assist with first-hand.

“I just wanted to give young players from the Illawarra the chance to play in the big competitions up in Sydney and get access to coaches and what it’s like to be in the professional environment.

It’s primarily about opening doors which might otherwise be shut to emerging players,” Smyth said.

The first recipient of the Travis Smyth Scholarship is Kiama 16-year-old Eddie Ward.

“It’s a difficult thing to do, taking the next step when you’re not in Sydney,” Smyth added. “I look back now and wish I’d spent more time on technique when I was Eddie’s age; it’s such an important part of your development if you’re going to make it to the professional ranks.”

“I didn’t really know Eddie, I certainly knew of him and know he’s great young talent, so it’s great to help him along that path hopefully.”

Ward has been earmarked by some as a potential “next big thing” in Illawarra golf and would love to follow in the footsteps of Smyth, former NZ Open champion and Australian PGA runner-up Jordan Zunic, and long-driving talent Lincoln Tighe.

A three-shot win at the Kiama club championships last year has shown Ward is capable of upstaging more experienced rivals, and he’s also had a taste of Illawarra pennants action this year.

Thomas Heaton, who carded a hole in one at the 2017 NSW Open, his first professional tournament, is on the path to turning professional, having finished seventh at the Junior British Open last year.

Smyth heads off to tackle the Asian Tour again next week, starting with the US$3 million Maybank championship in Malaysia and then the US $1.75 Indian Open.

The 25-year-old is torn between pushing to qualify for the European Tour or having another shot at the highly-lucrative Web.com Tour, the second-tier of US golf.

Smyth has status to play some European events opening the door to earning a full card next year if he can finish high enough on the order of merit.

“I’ll have to make a decision by the middle of the year,” Smyth said.

“I’d love to have another crack at web.com, I love the idea of playing and living over there, but it’s hard to crack, the qualifying tournaments make it very difficult.

“And now I’ve got status with some of the European tournaments, It’s a real opportunity.

“If I can have a few good weeks it would be enough to push for my card over there, so my immediate focus is just build some momentum in Asia and see where it takes me.”

Smyth was tied for 13th at the New Zealand Open at 13-under, eight shots off winner Zach Murray.

“It’s just about making putts when everyone is shooting low like that,” he said. “I played well but just didn’t make enough of them.”