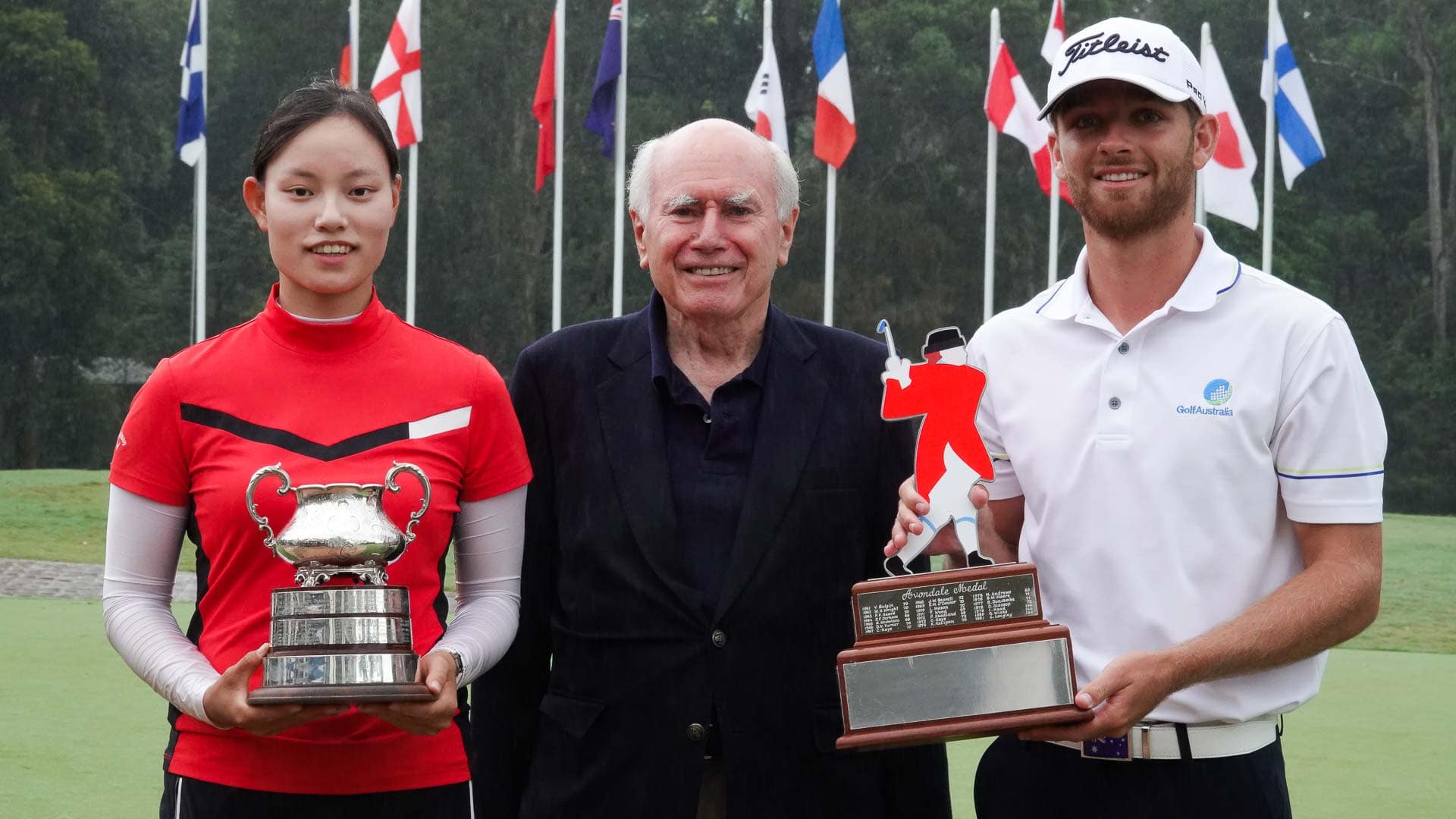 Blake Windred has come from three shots behind to make it back-to-back Avondale Amateur crowns after firing a final round 68 this afternoon.

Windred remained solid as his challengers came and went. First from his Newcastle neighbour Jye Pickin who threw down the gauntlet, then it was Windred’s State teammate Jordie Garner, who grabbed a share of the lead with three holes to go, only to finish with a pair of bogeys to drop into a tie for third.

Queensland’s Jed Morgan, playing six groups in front of Windred, carded the round of the tournament, a five under par 66 to grab outright second place.

It was Windred’s day, though, and the 21-year-old was thrilled with his win.

“Last year I hit it awful and scrapped it around to get the win, but this year, It was better.”

“I could’ve holed more putts this week, which is usually my strength, but I’m so happy with the way I hung in there.”

“I’m pretty speechless at the moment, really,” WIndred said after the round.

The Novocastrian said the key to his week was keeping himself in the tournament during yesterday’s conditions with no one about except his fellow competitors.

“Hanging in there in those rounds, there was no one watching at all, and I find it hard.

“When there is 80 people or so watching, like on the last hole, I find it easy,” he added.

“I kept getting up and down, that was the key, and the 13th and 14th holes were big for me too.

Next up for Windred is the Victorian Open at 13th beach, by far the biggest tournament he has played in. He will fly down to Victoria on Monday, but first, it will be a quiet victory celebration.

“I will have a drink or two to celebrate, but I have a lesson tomorrow.

“I might have to cancel it I think, “ he said with a grin.

In the women’s division, Korean KK Park has cruised to a comfortable eight-shot win over countrywoman, Min A Yoon.

The 18-year-old was never headed, and in an ominous sign, eagled the first hole to put a stranglehold on the tournament.

“I am so happy because it is my first win in a major tournament,” Park beamed post round.