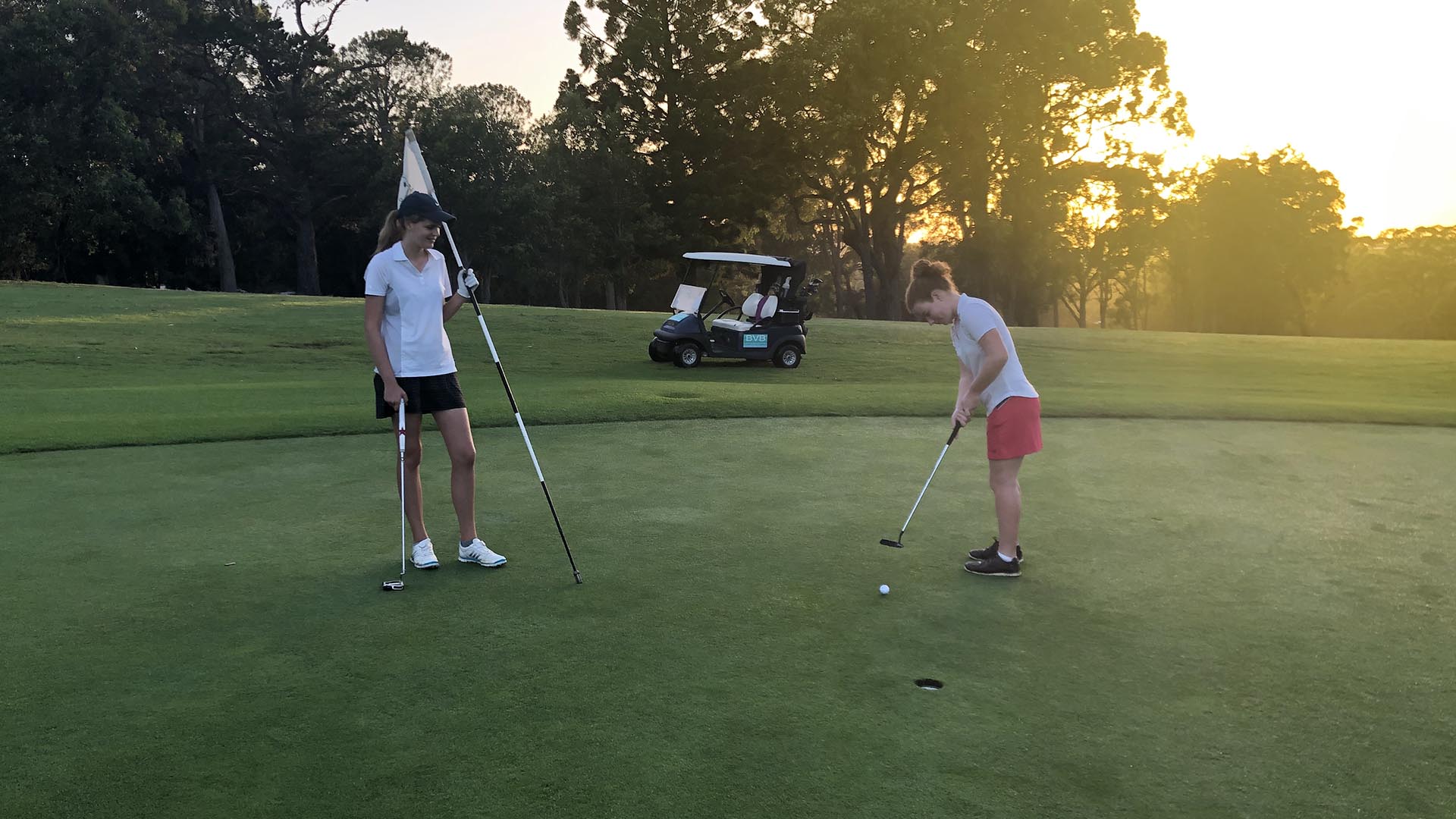 An introduction to the cause from a fellow club member has inspired two northern beaches teenagers into becoming State’s highest fundraisers in the NSW Cancer Council’s ‘The Longest Day’ 72 hole Golf marathon.

Holland Touw, 17, and Louise Smith, 15, juniors at Bayview Golf Club, took on the challenge last Monday and managed to raise an impressive $13,950.70 for their effort.

“Eight to nine hours of golf isn’t easy, but the real ‘longest’ day is faced by those who we have raised money for,” Holland said after the challenge.

The pair got underway at 5.30am, and with the support of the club’s members throughout the day, they managed to complete the task in just under nine hours, finishing just before 3 pm.

“We thought it would take a lot longer, but we got each round done in about two hours, so we were done by three-o-clock,” Louise said.

“It was amazing to have so many members cheering us on as we walked down the 72nd hole,” she added.

“The last round I had four birdies. Holland had quite a few during the day too,” Louise smiled.

The friends are already making plans for more golf together this school break, beginning with the Golf NSW Summer Foursomes, and it won’t be the last time they take part in the Longest Day Challenge either according to the pair.

“I would do it again. We are already thinking about next year,” Louise grinned.