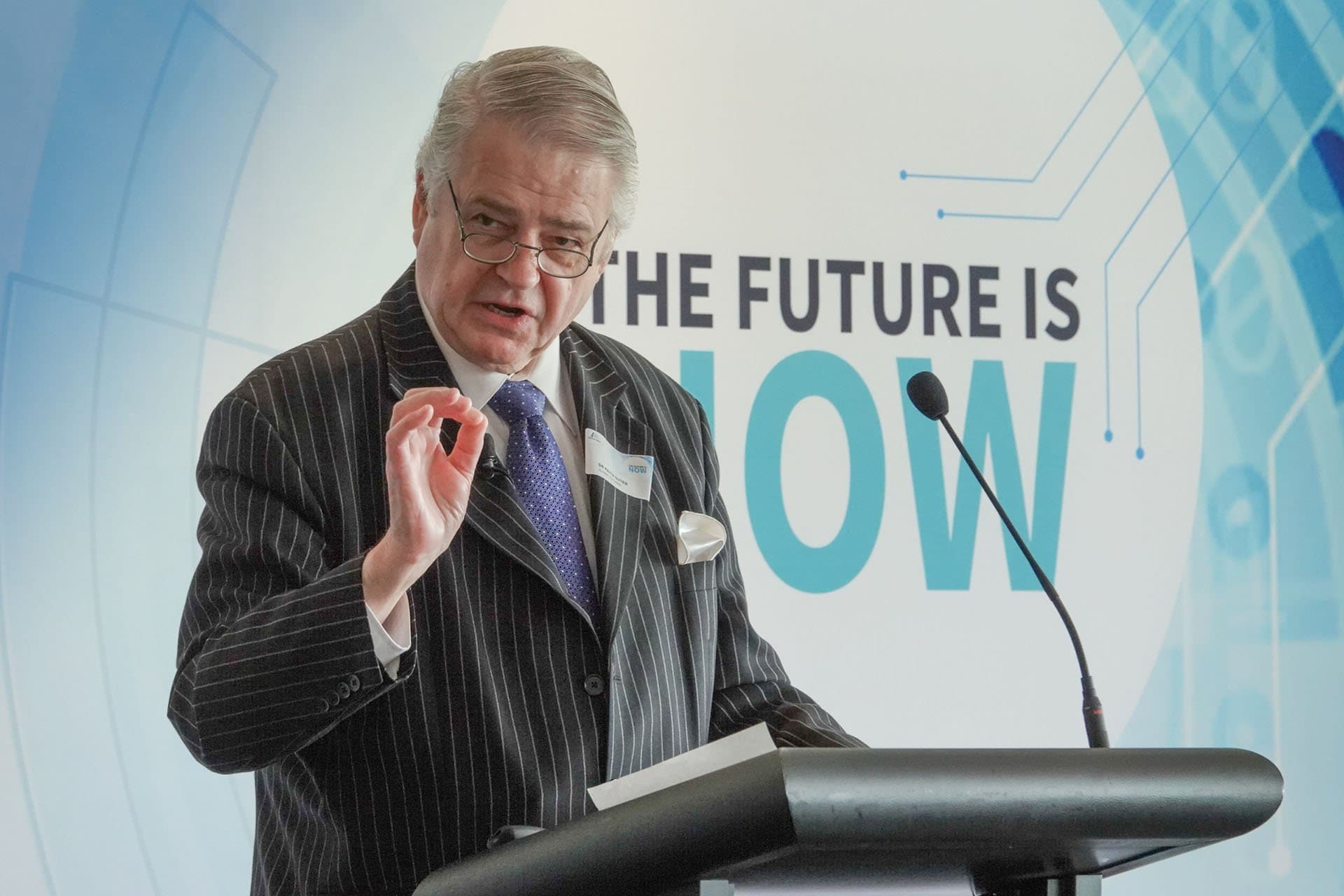 Considered one of Australia’s most influential commentators on national and foreign affairs, the Global Futurist talked about the future of the sport, the pressing concern of how the game can grow and engage with new audiences, globalisation and the impact of technology as we roll into the 21st century.

Dr Suter highlighted the disruption the sport faces in the face of digital technology with the rising power of computer processors, and the internet of things like wearable devices to monitor our fitness.

He highlighted the availability of new forms of the game, virtual reality, and the automation of many tasks within the club.

Highlighting the power of computers in Chess, where a machine can now easily beat the world’s best, Dr Sutar posed the question how long will it be before an automated machine will come along that can beat a golf pro?

Dr Suter explained how the sport should stop benchmarking itself against its competition, and look at the ‘Blue Ocean’ horizon of non-customers and the uncontested opportunities they bring to growing the game.

Dr Suter discussed the scenarios of thriving clubs becoming community assets, connected hubs for visitors, and the path of diversification of membership, through mums, minorities and millennials.

Will your legacy to the sport be more important than last Saturday’s Scorecards?

Ms Kurdas was talking about the Golf Australia Vision 2025, an initiative designed to drive greater female participation in the game. She focussed on what administrators could do to not only think about the contribution they are making to the sport but also about the opportunity which is in front of them.

Ms Kurdas spoke about how sport, in general, owns a big part of the national conversation and psyche. Sport influences society and how it thinks in particular towards women and girls. She said it was up to all involved in the sport from administrators, club officials players professional and amateur to be a champion for change towards Women and girls involved in golf mainly, but in sport in general.

She highlighted the critical tactics involved in the vision 2025 strategy including:

Maria Twomey of the Australian Human Rights Commission talked about the soon to be released paper aimed to encourage clubs to adopt best practice and making the sport a more inclusive environment in the future.

Ms Twomey talked about areas of potential discrimination within the sport, and how it is unlawful to treat a person differently on the basis of their gender.

Her advice was to treat them as people first and foremost, not Male and Female members. The best approach to this she added was with fair and open access to all classes of memberships, tee times and club facilities.

The Club of the future

Diversification, a creative vision, and a focus on customer-centric service were some of the keys Parkwoods Village CEO Luke Altschwager said were critical in turning the Gold Coast-based complex into one of the industry’s powerhouse performers over the last decade.

Mr Altschwager discussed the need for the change, the thought process behind many of the decisions and the various options for increasing income streams many clubs could utilise with a fresh look at what their land footprint could provide.

He also discussed the club’s partnership with the Gold Coast Titans Rugby League Club and how it had managed to assist the business build a profile within the region. The multiple streams of passive income the organisation was able to develop like childcare, gymnasiums and non-golf recreation facilities, without undue impact on their core business, being that of a golf course facility.