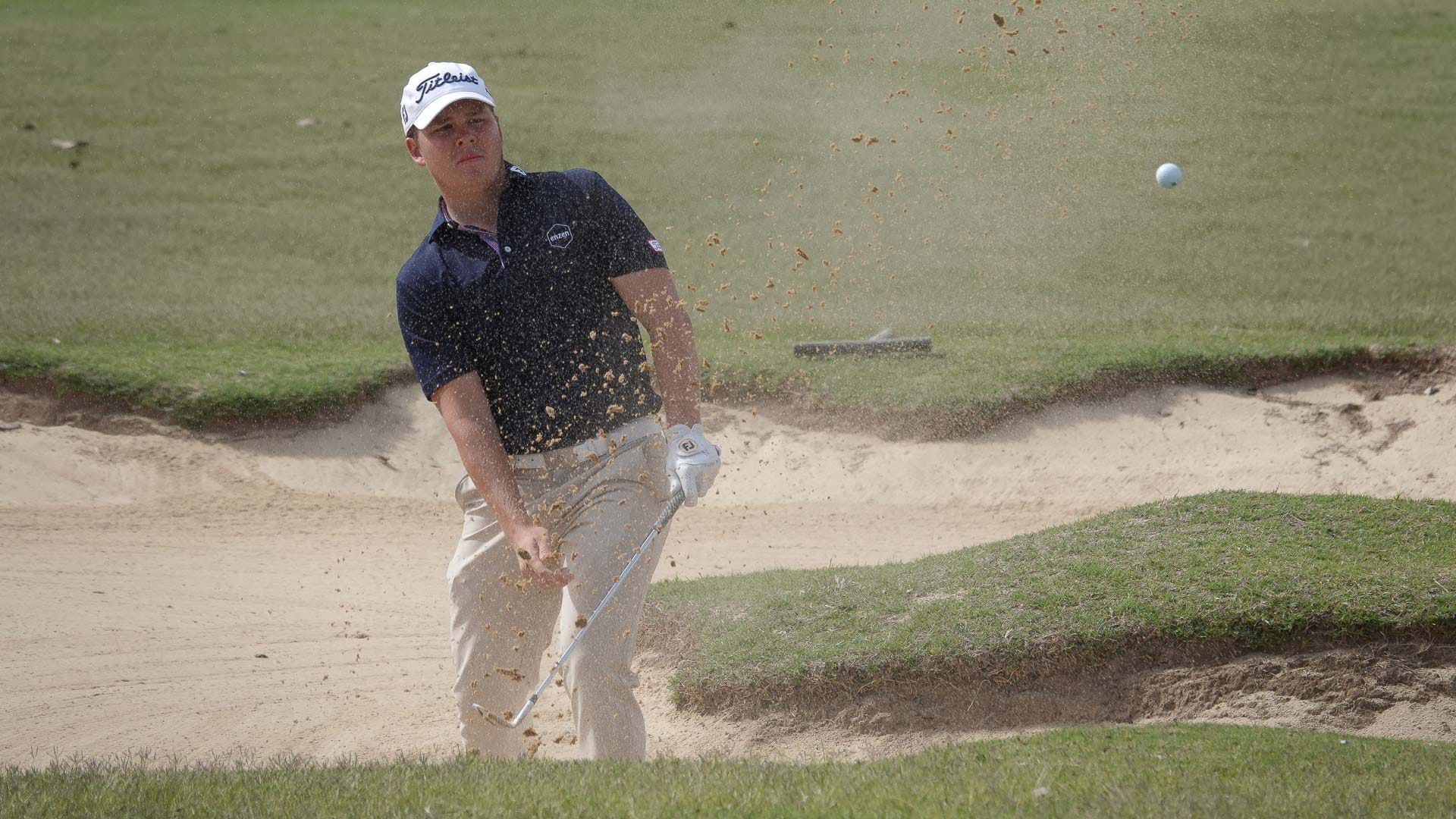 They say golf tournaments start on the back nine Sunday. Of course, ‘they’ don’t actually play tournament golf.

An average 72-hole stroke play event – if there is indeed such a beast – is actually a four-day soap opera and every imaginable drama has been on display at the halfway point of the third round of the AVJennings NSW Open.

At the start of the day likeable Sydneysider Harrison Endycott held a one stroke lead over rookie professional Cameron John.

Endycott is one of a group of promising young players who is learning his craft the hard way, in South America, where the purses are small, the risks significant and the golf courses not what we’re used to in Australia.

A year playing under those conditions will knock the molly coddled elite amateur out of any player and Endycott is undoubtedly a more hardened player than the one who left these shores early in 2018.

But that doesn’t make golf easy and despite a brilliant second round of 64 at the Twin Creeks Golf and Country Club in greater western Sydney, they don’t hand out trophies on Saturday.

In fact Saturday may be the most difficult day of all at a golf tournament. The same ‘they’ who think the tournament is only nine holes ironically refer to day three as ’moving day’.

The implication is always that it is a time for player to climb up the leaderboard but more go the other direction as the finish line – and the week’s pay cheque – creeps inexorably closer.

After a start that signalled to the field they would have to come and get him if they wanted him, Endycott made a rare mistake on the 8th and dropped his first shot of the week.

He was cruising to that point, birdies at the first and third keeping him moving in the right direction, but the real danger was coming from quarters out of his control.

Young Queenslander Jake McLeod, who has made a habit of bobbing up on leaderboards in PGA Tour of Australasia events the past couple of years, was also in a determined mood and playing in the group ahead he was applying the pressure.

In fact as Endycott backed up by a shot Mcleod was picking one up and as the final group made the turn the man bun wearing Mcleod led by one.

Six front nine birdies had vaulted him to the top of the standings and as the field turned for home he was one ahead of Blake Proverbs and the aforementioned Endycott.

Cameron John was next best at 13-under with a further two shots to Dimi Papadatos, who was 6-under for the day through 15 at the time of writing.

MOVING DAY: Jake McLeod turned in five under 31 to take the lead of the AVJennings NSW Open.

None of which matters to ‘them’, of course, because ‘they’ don’t think the tournament starts till tomorrow.