Endycott: It’s not over yet 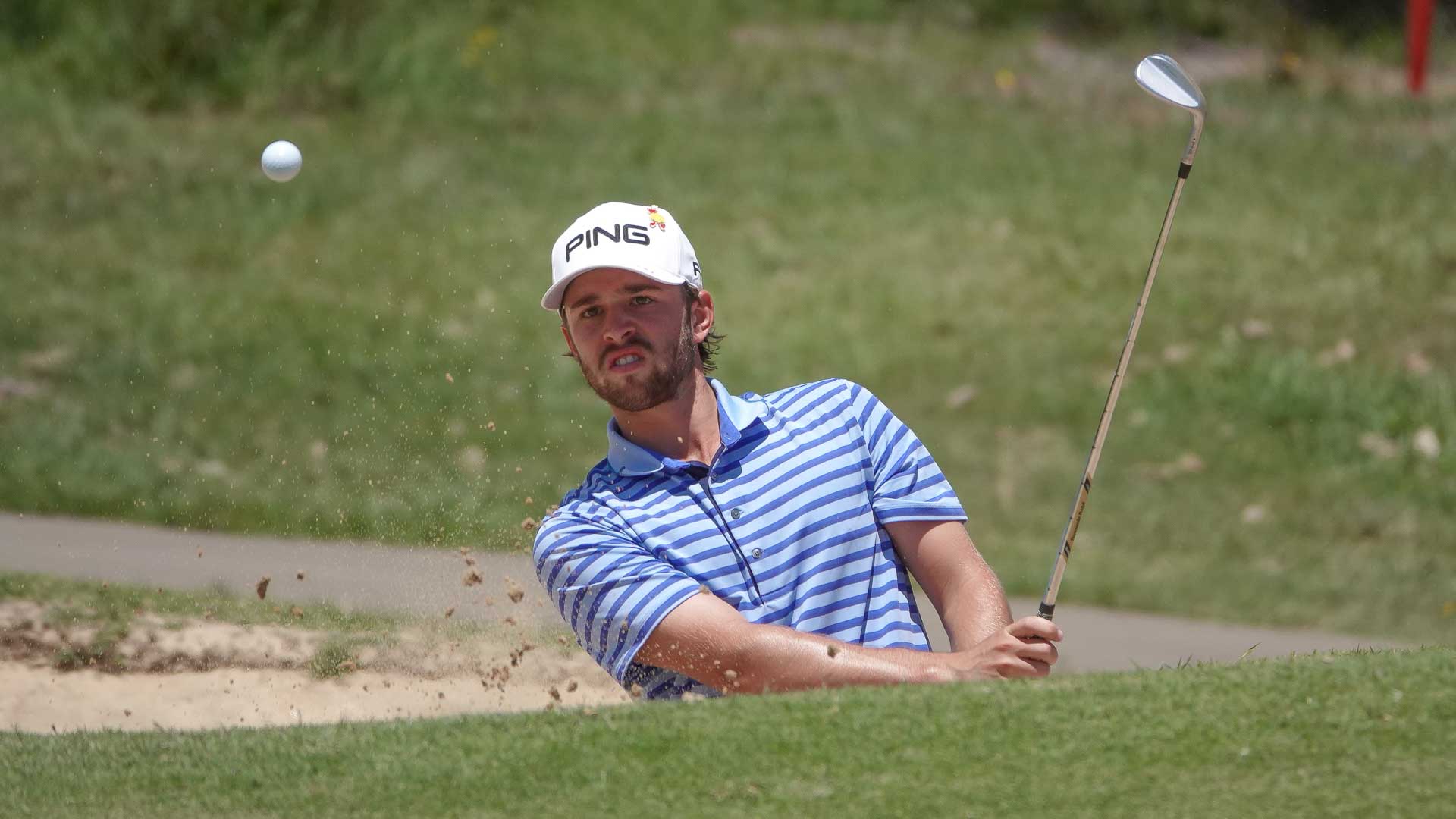 As Jake Mcleod walked off the 18th green to sign for a remarkable 10-under-par 62 in the third round of the AVJennings NSW Open, most looking on figured the tournament was as good as over.

Endycott was the overnight leader and, playing in the group behind McLeod, freely admitted after the round that he had his struggles.

Back to back double bogeys at the 12th and 13th had dropped him well off the pace being set up ahead and anybody watching the live leaderboard would have felt his tournament was over.

But a year playing the Latin America Tour has been a fast and important learning process for Endycott and the lessons of the past 12 months paid big dividends at a crucial moment.

Despite the gut check of dropping four shots I the space of two holes he regrouped and birdied the 14th, the hardest par-3 on the Twin Creeks Golf and Country Club layout by some margin, then eagled the par-5 next.

After missing long with his second to the 18th he stayed aggressive, telling his caddie to take the flag out before boldly pitching in for a closing birdie.

With all four shots regained, Endycott went to the scorer’s tent in a surprisingly positive frame of mind.

From 10-under and nine off the pace he had clawed his way back to 14-under and just five behind, a not insurmountable proposition.

“I’m pretty happy with my finish,” he said. “That’s building momentum into tomorrow.

“I think Jake shot 62 which is certainly impressive but it also shows that it’s not impossible. I did it yesterday.”

Of his mid-round wobble he said fluky winds were more to blame than bad swings and he was particularly proud of the way he fought back.

“In a 72 hole tournament you’re going to have something that shakes you around a little bit and after two doubles in a row I just wanted to stay as composed as I could,”

Harrison Endycott after his third round.

“I knew there were chances coming in, I just had to hit good shots.”

Endycott looked in complete control early in the day and with birdies at the first and third seemed set to run away with the tournament.

Even after his first dropped shot of the week came at the eighth he immediately got back on track with a birdie at the next before the disaster on the back nine.

“I’m very proud of myself to be able to get in this position after what happened and with 18 holes to go anything can happen.

“There’s a lot of good players in this field and you expect someone is going to shoot low, there’s no reason it can’t be me.”