Motivated Millar in the mix at Twin Creeks 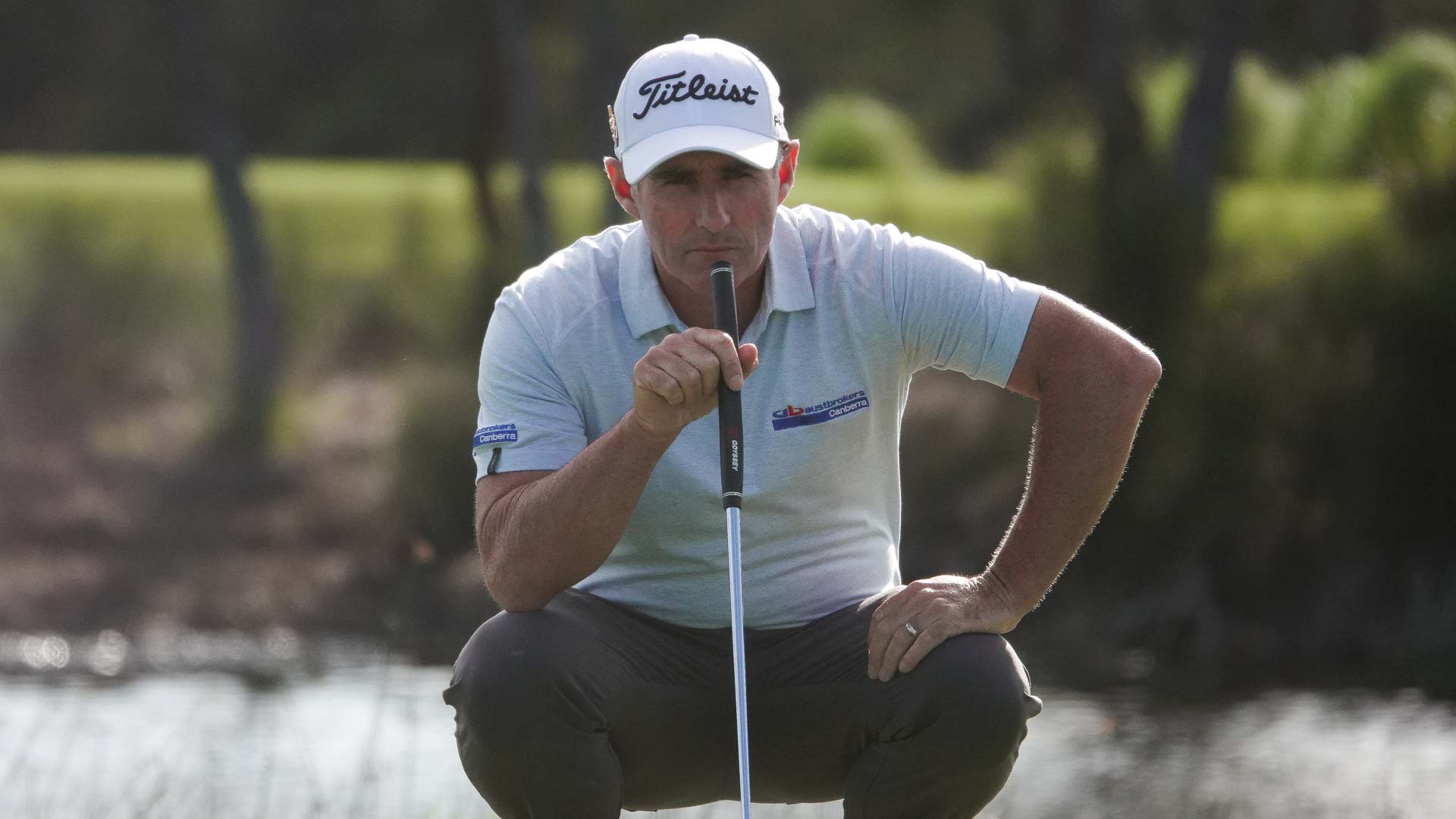 At 42 it’s not getting any easier, but that just makes being in the mix at the AVJennings NSW Open even more satisfying for Canberra’s Matt Millar.

A perennial contender on the PGA Tour of Australasia, Millar is once again flirting with the lead – this time at the AVJennings NSW Open at Twin Creeks Golf and Country Club in greater western Sydney.

A bogey-free 5-under 67 sees Millar one off the pace being set by Western Australia’s Jarryd Felton and Victorian Cameron John, a familiar position for the reigning New Zealand Masters champion.

Having reeled off top-five finishes at the WA and Queensland Opens and Victorian PGA in the past three weeks, Millar is in the groove and while he knows there is a lot of golf left to be played he’s also pleased to have made a good start.

“I’ve been giving away a bit too much at the beginning the last couple of weeks, so it’s nice to get off to a good start,” he said.

“I’ve had good finishes but always been a bit too far back. Finishing second to fifth is good, and I’m not complaining but what I really want is to win.

“And I want to win here, on Australian soil.”
Millar has two PGA Tour of Australasia titles to his name, and both have come in New Zealand.

“To win a NSW Open would be fantastic,” he said. “I’ve been in Canberra for 30 years but I was born in Wollongong, so this is kind of my home state title.”

In a modern game dominated by power hitting, Millar is a throwback to a different time, and his resume is all the more impressive considering he is sometimes 70 metres behind his playing partners off the tee.

It takes a great deal of mental discipline to simply play one’s own game, and Millar knows that ability to stick to a plan is one of his greatest strengths.

“You can still score if you can putt well and keep the silly mistakes out of your game,” he says.

“It’s a bit demoralising sometimes to see how far some of the younger guys hit it, but at the end of the day you sign the card and if you’ve had less shots than them you win.

“I take a lot of pride and satisfaction in being competitive despite not being able to keep up in terms of distance.”

Millar says maintaining motivation is crucial if he is to continue to be a regular on the game’s leaderboards but says that has never been a problem before and he doesn’t foresee it becoming one any time soon.

“I just love to play golf,” he says. “Every time I play I just can’t wait to get out there and try to do better.

“I play a lot of pro-ams between the four-round events, and some people ask me if that’s a good idea because the courses are presented in different condition to the bigger events.

“But they’ve still got a pin and a green and a fairway and bunkers. It’s still golf, and more importantly, it means something. It’s competition.

“I always tell people there’s not a lot of value spending hours and hours practising and not putting what you’re working on into practice. That’s the whole point.”

Millar knows the clock is ticking on his career but feels he’s likely got another four to six years playing at the highest levels.
Still, he also knows winning isn’t easy no matter how many close calls you have.

“They don’t give them away,” he said. “You have to earn a win, and it’s hard. There’s a lot of good players to beat, and things have to go your way.

“But if you keep knocking on the door the odds shorten on getting one, and I’m just going to keep turning up and doing my best.”

Millar – and those who know him – know his best is good enough and while it is a surprise he hasn’t yet won in Australia, it would be no shock if he were to do so this week.