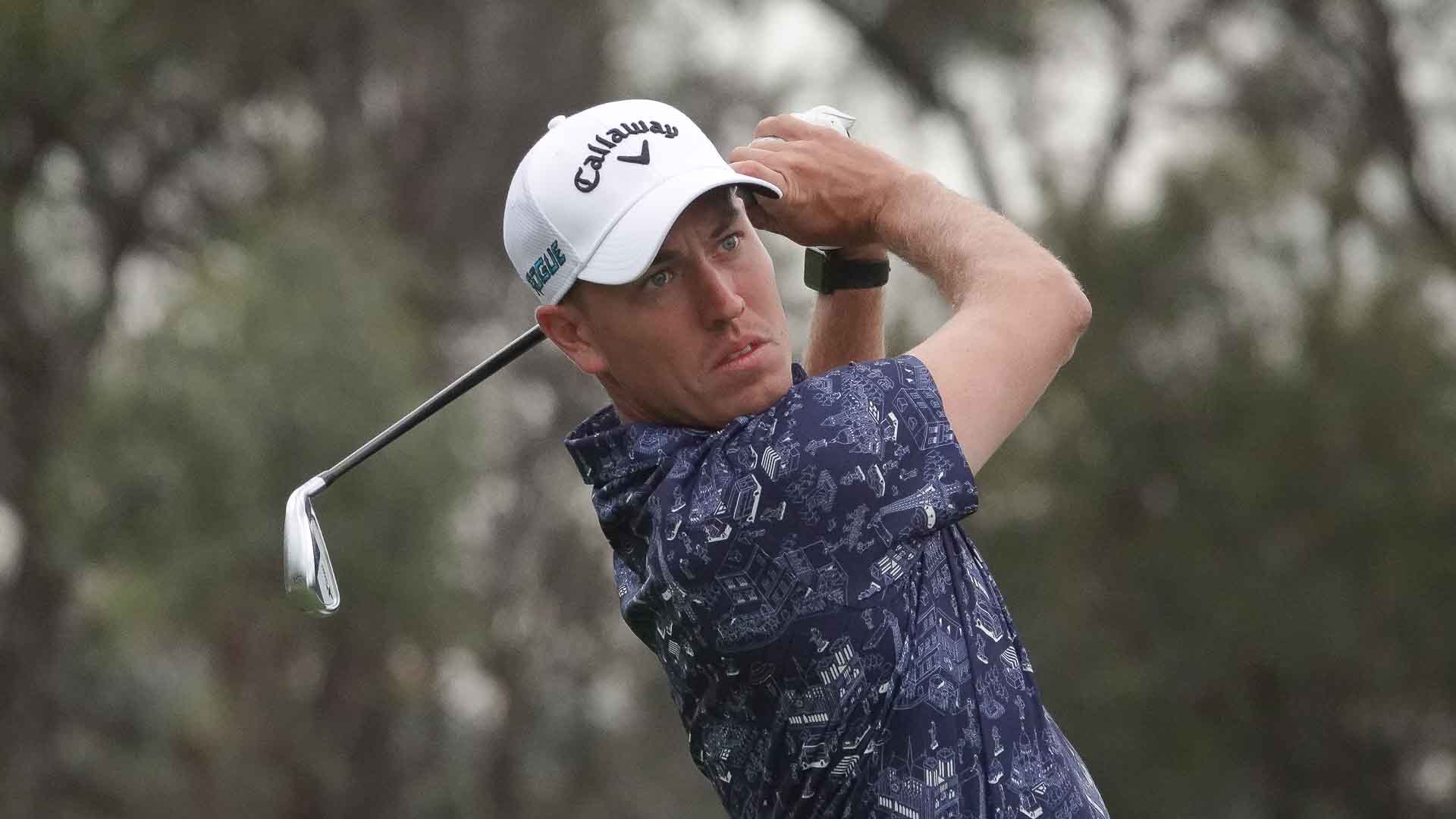 The 24-year-old  was able to secure his playing rights in Japan earlier this year and now heads back Down Under to play in the summer of golf in Australia beginning at Twin Creeks Golf & Country Club this week.

“It was a lot of fun and a massive learning curve; it was pretty cool to get up there and play some quality fields in some pretty big events,” said Quayle whose best result in Japan was a tie for second place at The Crowns.

“It was cool to play with a lot of the Aussie guys that I’ve looked up to from my junior days, having dinner with them and watching them play and then competing with them has been great.”

While playing on one of the world’s richest professional tours may be daunting, life outside the ropes is just as tough. When you don’t speak the language the simplest of tasks become just that extra bit difficult.

“In some ways that’s probably the toughest part of a rookie year up there, just trying to adapt to how their culture works and how they go about different things.

“Everything’s obviously in a different language and they’re trying more and more to cater for English speaking players but compared to what I’m used to it’s really tough.

“All the guys up there really helped me out Brendan Jones, Matt Griffin, Michael Hendry, all of those guys have been great.

“I just tried to listen to them and back myself that my good stuff would allow me to compete there and it worked out this year.”

Now with the best part of a full season in Japan under his belt, Quayle will return to his home tour armed with the experience and knowledge to focus purely on golf and capturing his first professional title.

“I feel that going up there next year now knowing how the tour works and knowing the courses, they’re very unique courses, it’s going to be a massive advantage on my rookie year,” added Quayle.

“I think all in all it’s been a pretty successful year and I’m looking to try and cap off a good year and make it a great year in these next few weeks.”

What would make his second season as a professional great would be capturing the ISPS HANDA PGA Tour of Australasia Order of Merit title.

Following a tied third result at the Vic Open and runner-up finish at the Fiji International presented by Fiji Airways, Quayle sits second in the money race, some $28,000 behind leader Daniel Nisbet.

It’s what has brought Quayle back home to Australia for the summer, that and the comforts of home as well as the chance to play in front of friends and family.

It means he’ll miss out on competing in a run of tournaments on the Japan Golf Tour totalling well over AU$10,000,000. But the chance to play his home Open again and chase the Order of Merit title was too great.

“There’s obviously a chance to play for a bit of money up there at the moment then also try and further my status for next year. I had a couple of options, I could come back home and try to win the Order of Merit and as I said, turn a good year into a great year so I ended up going down that route,” added Quayle.

“Last year I played the Australian Open and was contending for most of the week. It was a really cool experience playing in your national Open with all the fans and how welcomed I was by everybody so it was something I didn’t want to miss this year, I wanted to be back and supporting Australian golf.

“I’m definitely looking to try and play well these next few weeks and see if I can win that Order of Merit.”

Of course, should Quayle be successful in winning the Order of Merit he’ll receive full status on the European Tour, an invite to The Open as well as invites into World Golf Championship events.

“It’s a good problem to have, picking between full status on the Japan Tour or a full season on the European Tour but I think I would probably lean more towards Europe and throw myself into the deep end again to learn pretty quickly.

“Eventually that’s where I want to be in Europe and the U.S. playing Majors and WGC’s and winning the Order of Merit is a pretty straightforward way to start doing those things, but it’s certainly tough to win.”
Anthony Quayle tees off for round one at 12.15pm tomorrow with Jake McLeod and New Zealand amateur Daniel Hillier.

The AVJennings NSW Open will be played at Twin Creeks Golf and Country Club from 8 – 11 November.

In addition to the winner’s share of the $400,000 prize purse, the champion will receive Official World Golf Ranking Points and be fully exempt onto the ISPS HANDA PGA Tour of Australasia until the end of the 2020 season.