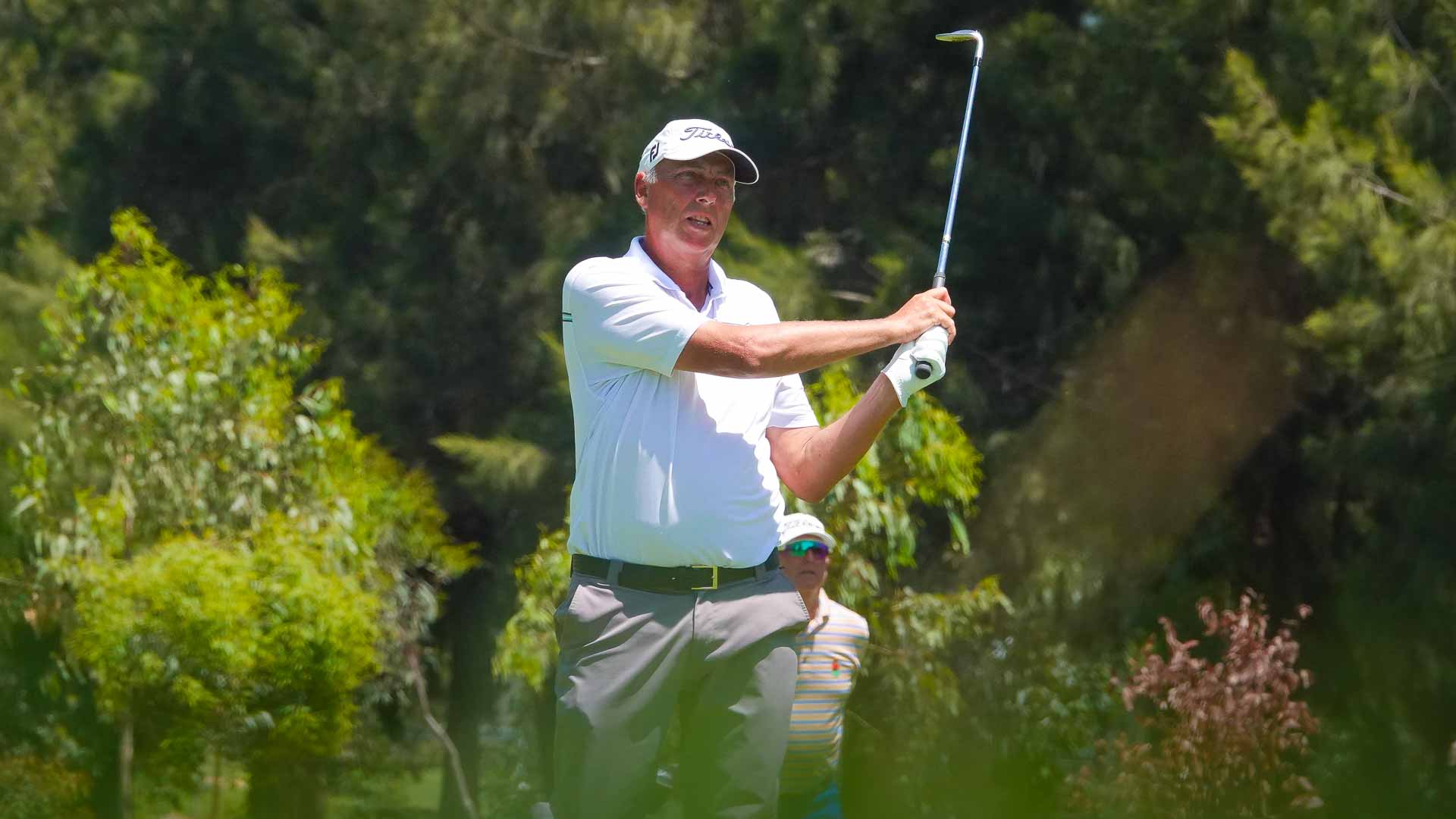 Mike Harwood leads a top heavy leaderboard after round one of the Australian PGA Seniors Championship following an impressive seven under par 63.

With the temperature hovering in the mid-30’s, the veteran Victorian was at his freewheeling best around the tight Richmond Golf Club layout, carding seven birdies and an eagle, to more than offset the two bogeys he made mid-round.

All eyes were on Harwood, however, who described the round as one of the best he’d had in a long time.

“I played really good out there,” Harwood said. “I don’t think I have played this well in at least ten years.”

After a testing year on the European Staysure Tour, Harwood began to show glipses of his best at last week’s NSW Open. He credits the late season resurgence to a few factors; a new set of clubs went into the bag last month, a change of golf ball, and a lesson from his coach, Bruce McLean.

“I had a fantastic lesson with Bruce two weeks ago, and it’s taken a couple of weeks to get better.

“I had a new set of clubs that Gary Tozer made up for me which are going great, and this new AVX ball.

“I am almost jumping out of bed in the morning to get here,” he smiled.

Harwood has been round long enough to know to not count those chickens before they hatch, particularly around a course as tight as Richmond.

“Today is the first time I have really been able to go since I can’t remember; hopefully It will be nice if can get that feeling back because it hs been a long time.

Golf has a $1.2 billion impact on the economy of New South Wales annually.

To find out more about the benefits of the sport across the State and in the ACT, please visit: