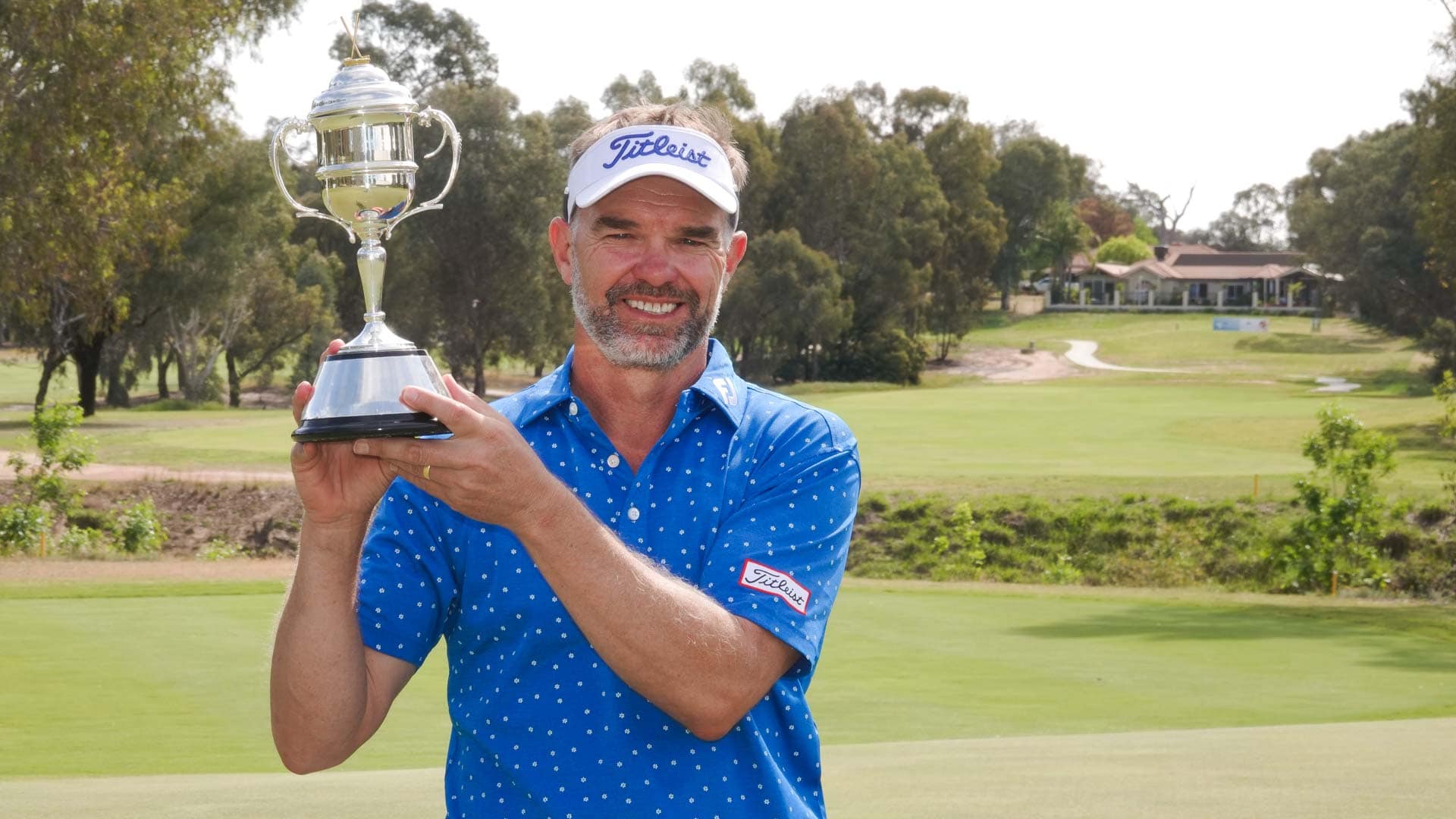 Michael Long has produced the round of the day, a five under par 67, to take out the 2018 Lincoln Place NSW Senior Open at Thurgoona Golf and Country Club.

It was a stunning display from the Perth-based Kiwi to catch then overtake Peter Senior who was looking to many like he would cruise to an easy win after beginning the day with a four-shot lead.

Long had other thoughts, however, and after a slow start, he finally began to claw back the deficit with a birdie on the ninth to cut the lead to just three with nine holes to go.

A birdie on the 10th saw him grab another, and when Senior bogeyed the 11th for the second straight day, the lead was back to one.

Long had the large gallery eating out of his hand on the 12th, holing a bump-and-run from pin-high left of the green. When Senior could only make par, they were back to all square.

Long hit the lead for the first time in the tournament on the 13th when he converted his approach from about 10 feet. The 50-year-old then put another hand on the trophy on the 14th when he hit probably the shot of the day, an exquisite five iron from 180 metres to two feet for an easy eagle three.

A bogey on 15 didn’t phase the reigning Western Australian PGA Champion, and when Senior couldn’t get up and down from the back of the 17th, Long had the comfort of a two-shot buffer playing the last.

An uncharacteristic bogey was all Long needed in the end to secure the championship by a shot.

“To come over here, and to do something like this is pretty cool. I’m rapt.

“One-from-one is going to be a pretty hard record to keep up, isn’t it?,” a jubilant Long beamed.

It’s Long’s second win on tour this year, something he said he was still pinching himself about.

“A win makes a year, they don’t come around that often, so I’m quite happy.”

The celebrations will be short for the champion, however, Long is pencilled in for next week’s Australian PGA Seniors Championship at Richmond Golf Club, then it’s off to the United States for the 2019 PGA Champions Tour School in Primm Valley in California.

“I played and won twice on the Web, but never really got going on the main tour.

“That’s why I’m keen to get back over there and have a crack on the Champions Tour,” Long smiled.