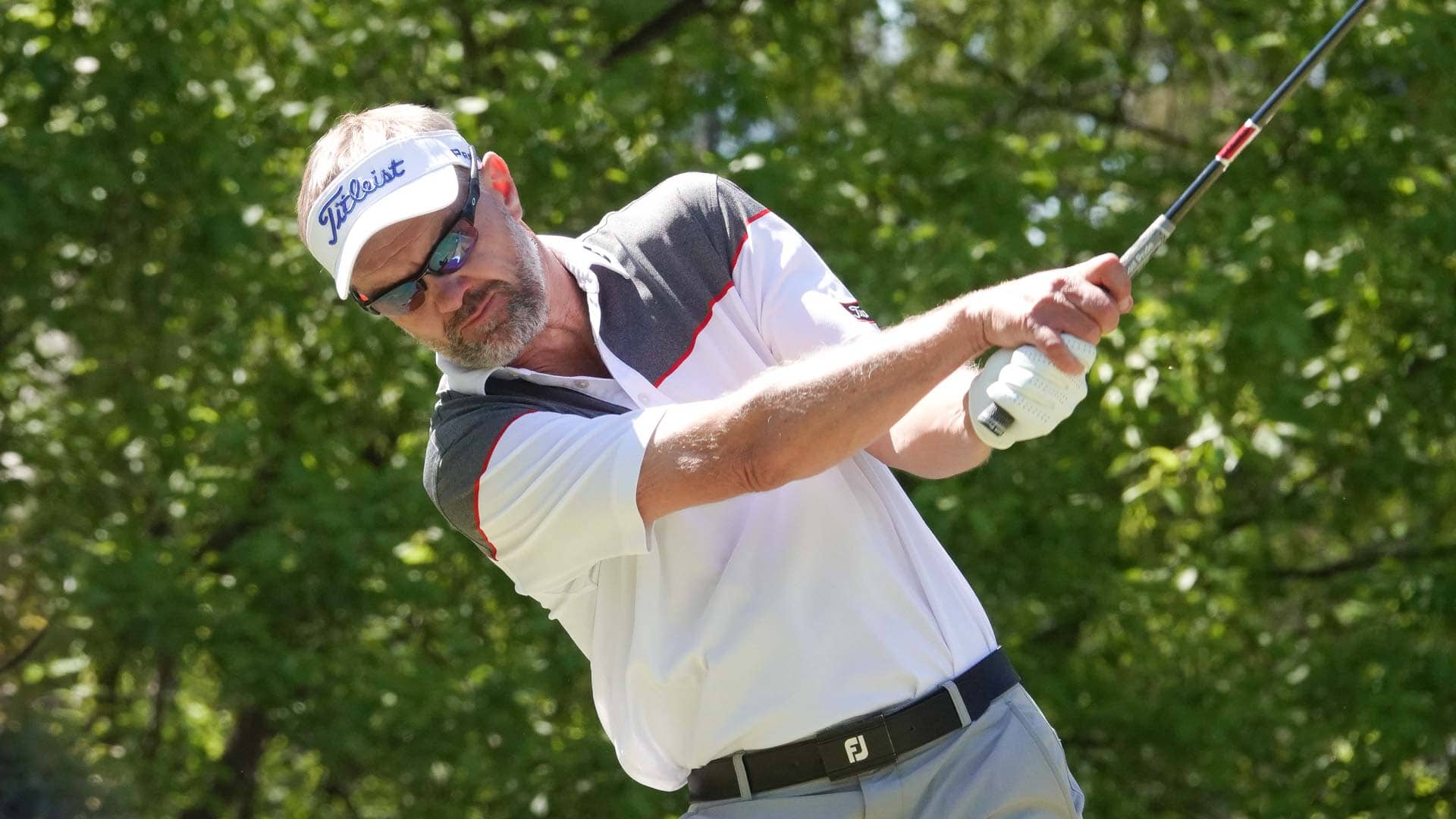 Michael Long has shot one of the rounds of the morning, a five under par 67, to move into outright second spot at the Lincoln Place NSW Senior Open.

Long went about his business this morning in solid, if not spectacular fashion. Three birdies on the front nine followed by another on the par five 11th saw him move into a tie for second. The only blemish for the day was a dropped shot on the tough par three 16th. He erased that quickly enough with a bounce-back birdie on the par four 17th before parring the last.

“I Youtubed the Club Pro Guy this morning, and he inspired me, so I thought I would go out and play some golf,“ Long grinned. “It was his eight hole par streak and his three-hole cut streak.”

Seriously, though, Long also credited his score to a new set of clubs which was beginning to bear fruit.

“I had a little more feel today.

“I’ve got new irons in the bag, a new driver, new driver shaft and conditions were perfect too.”

Pressed about his chances tomorrow, Long remained optimistic despite the seemingly insurmountable lead Peter Senior was likely to have.

“I will be there somewhere. I’ve got a chance.

“I’m just enjoying it, Golf is a crazy game, so you never know.

“I will tee it up on the first, chase it, and try to get it in the hole as quickly as possible.”

RARE BIRD: Ben Jackson holed out for two on the par five 7th.

Victorian Mike Harwood, who began the day in second place, dropped a couple of shots on the closing holes for a one under 71 to sit at six under, while favourite Peter Lonard added another two under par 70 to his opening round, to sit in a tie for fourth at four under. he is in a tie with Richard Blackwell.

Lucien Tinkler, Long’s playing parter, shot a matching 67, while the shot of the day ent to Victorian Ben Jackson, who holed out on the 7th for an Albatross.