Sensational Senior sets the mark with 61 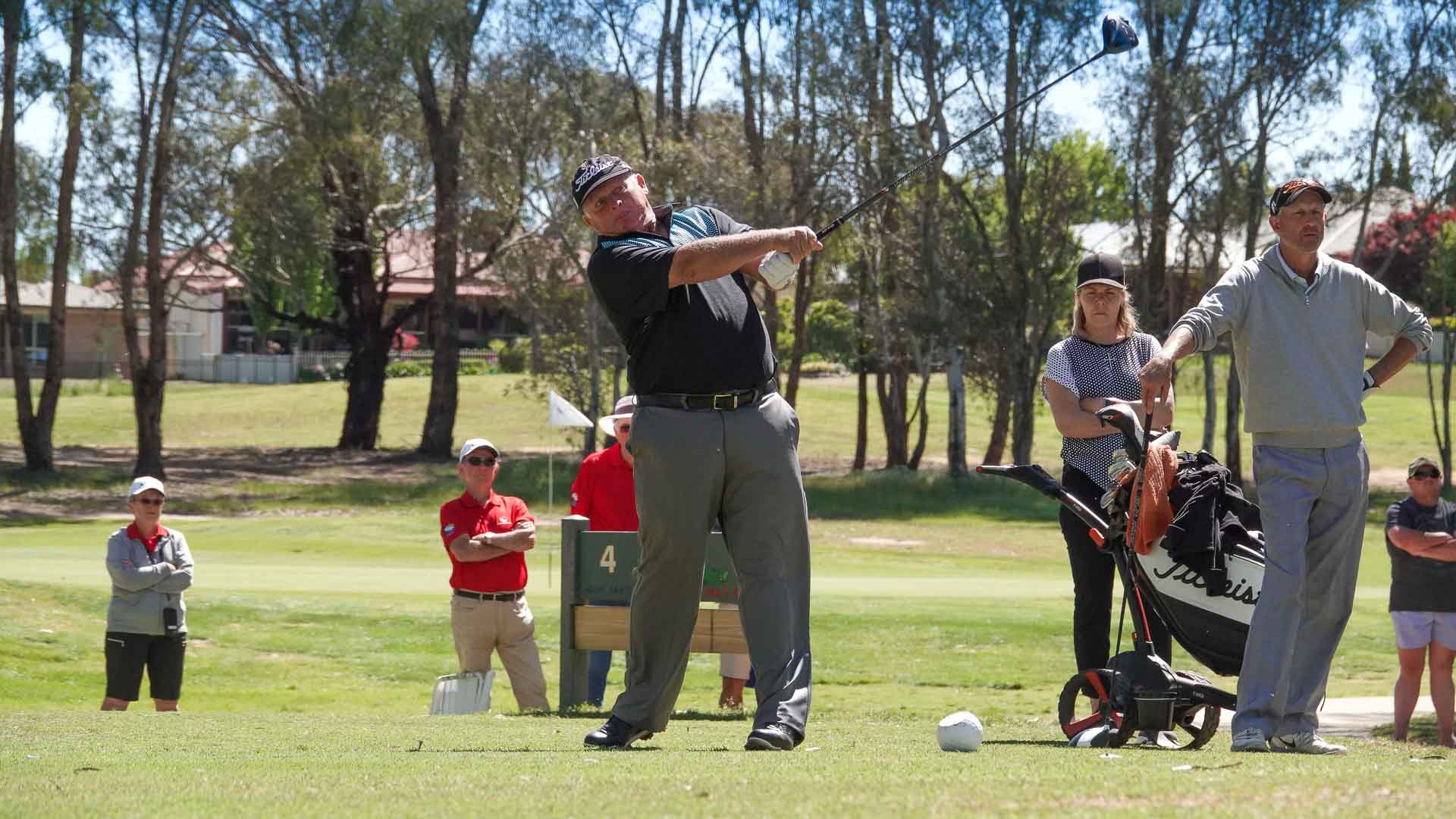 A hole in one and a walk-off eagle have helped Peter Senior to the second lowest round of his career, an 11 under par 61 in Round One of the Lincoln Place NSW Senior Open.

On a day that was perfect for scoring at Thurgoona Country Club, Senior was all but faultless. Besides the ace on the 16th and eagle on the 8th, the Queenslander rolled in another eight birdies courtesy of a red-hot puttere. HIs only blemish of the day was a bogey on the par four 17th when he blew his approach over the back of the green and couldn’t get up and down to save par.

PHOTO GALLERY: Pro- AM and Practice round

The laid-back Queenslander was pleased with his effort post-round, noting it had been a while since he had posted a number quite that low.

“It’s a been a long time since I’ve had a round like that.

“I got off to a good start and just kept going.

“A hole in one on the 16th, which was my seventh hole and I turned four under.”

Senior said his laser-like iron play and a hot putter were the keys to his round and described the greens at Thurgoona Country Club as some of the best on tour.

“The greens here are just unbelievable. Once you get a roll on, you feel you can hole just about everything you look at.

“I had a lot of great chances, and honestly I still missed four or five that were gettable.

Senior said his hole in one was his first in such a long time that he ‘couldn’t remember when the last one happened.’ He said the shot, a six iron from 172 yards, pitched on the front of the green and started tracking towards the cup.

“As soon as it started rolling, Craig (Warren) and Glenn (Joyner) said say they thought it was going in.”

For his effort, Senior won a year’s supply of St Hallet wine. It is a prize he said that will go to good use, despite the 58-year-old being a noted teetotal.

“I’m a non-drinker, but my kids drink like fish,” he grinned. “I think they will be taking most of it.”

“It’s a great prize. It’s always nice to get something for it, I am looking forward to sampling some,” he smiled.