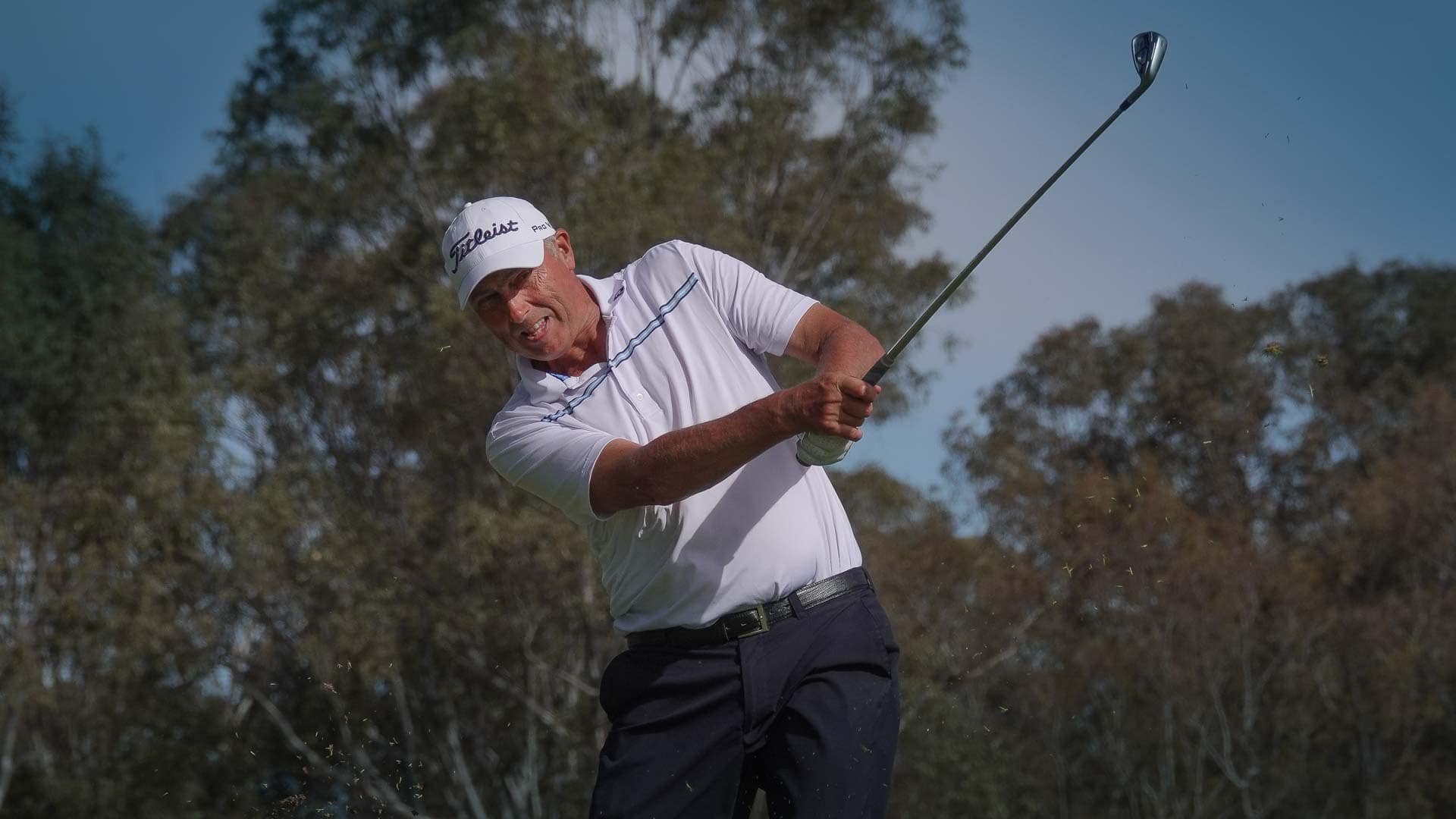 Harwood hot but Pete still the man to beat

It is a superb 61 from Queensland’s Peter Senior which leads the way after round one of the Lincoln Place NSW Senior Open.

Senior carved his way around Thurgoona on the way to the lowest score ever posted on the par 72 layout. a round that included eight birdies, and eagle and a hole-in-one on the par three 16th. It was the second lowest round the legendary Queenslander has ever shot in a tournament in his 40 year professional career.

Disappointingly for the Queenslander, with the tees moved forward on a couple of holes, it won’t be counted as a course record.

Still, Senior would be happy to console himself with a bottle or two of some of St Hallett’s finest reds; he has won a year’s supply of wine, if he was to drink, which he doesn’t. So it’s fair to say there’ll be a family member or two happy with the prize with Christmas fast approaching.

Senior added the ace was his first in such a long time that he ‘can’t remember when the last one happened.’ He said the shot, a six iron from 172 yards, pitched on the front of the green and started tracking towards the bottom of the cup as soon as it landed.

“As soon as it started rolling, Craig (Warren) and Glenn (Joyner) said they thought it was going in.”

Senior said the prize will still go to good use, despite the 58 year old being a noted teetotal.

“I’m a non drinker but my kids drink like fish,” he grinned. “I think they will be taking most of it.”

“It’s a great prize. It’s always nice to getting something for it, I am looking forward to sampling some,” he smiled.

With the afternoon players facing a bit of breeze and firming greens, Mike Harwood fared best, signing for a five under par 67, and outright second spot.

“It was nearly good except for the last. A bit of indecision with my second shot and I made a bogey which was a bit disappointing, but I played nicely,” Harwood said.

“The course is good, and the greens are amazing, so you can shoot low.

Asked about his thoughts on how the course easy it was to score, Harwood said the conditions were ideal. When quizzed about Peter Senior’s 61 in the morning, Harwood seemed a little surprised, but added he was merely happy to concentrate on his efforts and wasn’t too concerned about the results of others.

“I’m just trying to play well myself. I’ve had a tough year playing-wise this is the best score I’ve shot all year.

“I think I’ve turned the corner and I need to confirm that in the next few days, and not thinking about,” Harwood added.

Marquee attraction Peter Lonard proved a popular choice for the spectators to follow as the afternoon wore on. Despite an errant driver, he managed to post a respectable two under par 70, to stay in touch with Senior and Harwood.

“I put the mocker on myself when I said the fairways were pretty wide, I didn’t hit one,” he grinned. “The greens are pure, and If you hit it in the fairways you can score, but I didn’t.”

Lonard added Seniors effort was impressive. It wasn’t a score he said he could see in the course before teeing off.

“I didn’t see 11 under coming today,  but Pete Senior is no chook is he?

“11 under is a good score anywhere.

“I suppose he has had a day; don’t worry he might do it again, it might be three in a row,

“With score like that he might want to go back onto the main tour, forget about the Senior tour,” Lonard smiled.