Thurgoona the perfect fit for Lonard 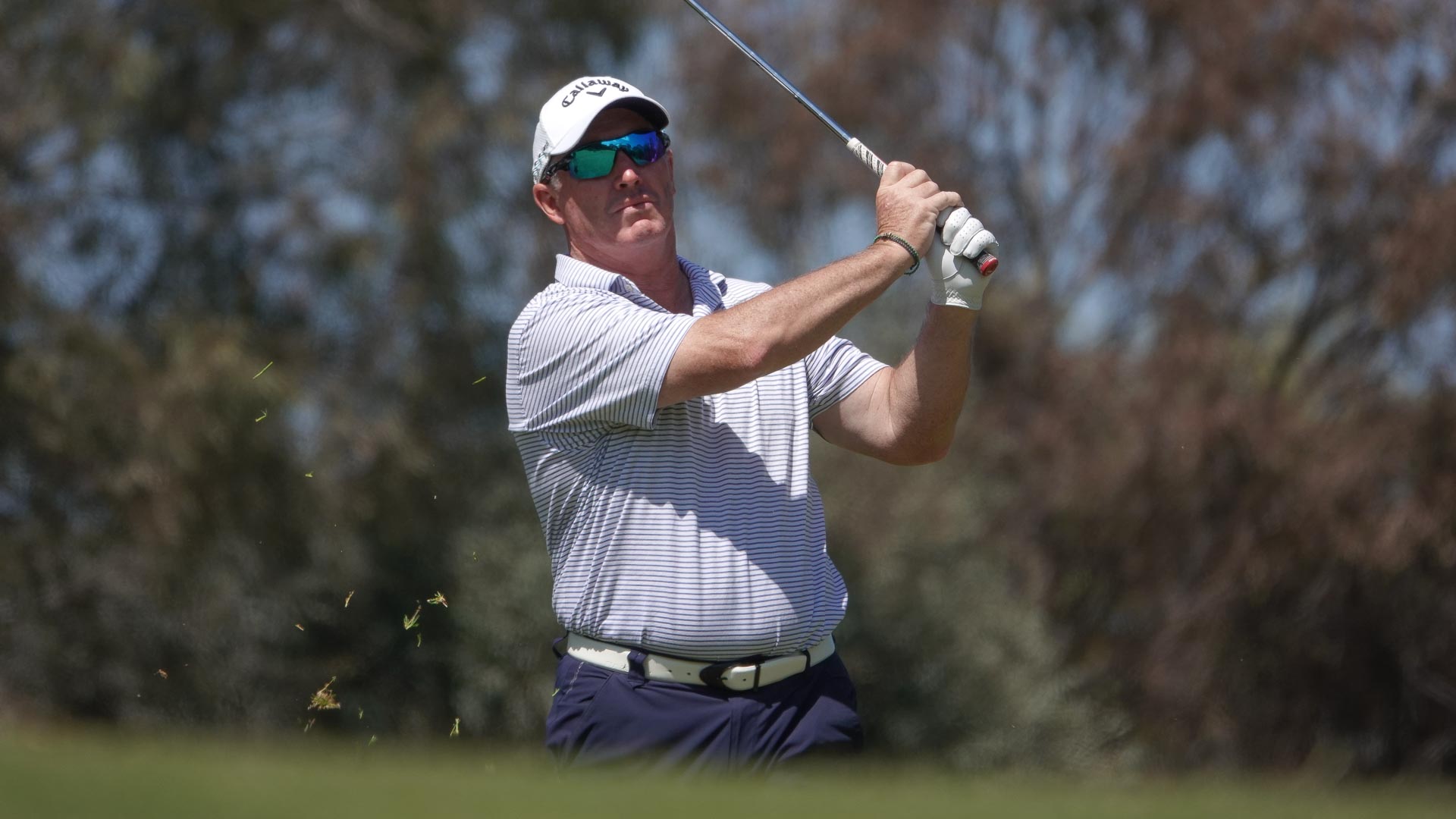 “Like being at a tour event from 30 years ago.

PHOTO GALLERY: Pro- AM and Practice round

Lonard is one of the star attractions at this week’s Lincoln Place NSW Senior Open, and the decision to play was easy particularly when he remembered how good the course was.

“I got home last week (from the US) I didn’t have a lot to do, and as a player, you always want to keep playing, so I entered Mollymook last weekend, and entered here.

“I think I last played Mollymook in 1989, and I reckon it was roundabout then the last time I played here,”

“I remembered it (Thurgoona) as a really good course, so I thought let’s go and have a game.”

Lonard spent a big chunk of 2018 plying his trade on the US Champions Tour. It was a battle for the 51-year-old with plenty of lessons learnt even for one of Australian golf’s best. Lonard said the level of competition on the Tour is still extremely high and tough to crack.

“It’s like you’ve got to win four tournaments more or less to get in.

“People think you can just head over, and join the tour and off you go.

“It’s hard. Those guys have been playing for a long time, and it’s like they didn’t take a break. They played good in their prime, and they still play good now.

“They can all golf their ball, and you’ve got to be ‘all in’ or don’t even bother.

“The last tournament I played, on a pretty hard course, the winning score was 20 under. On the first day alone three guys shot ten under,“ Lonard added.

Lonard will head back to the US to contest the Qualifying School in December. Between now and then, however, he is intent on ensuring his game will be in tip-top shape by playing a mix of Australasian Tour events and Seniors’ appearances.

“I play the Senior PGA at Richmond, the NSW Open at Twin Creeks, and the Australian Open at the Lakes.

“A couple more Senior Pro-Ams, then I will head back to the US for the Tour School final.

Asked about whether it would take 20 under to win here at Thurgoona or at Tour School in December, Lonard grinned.

“20 under is lovely anytime. It doesn’t matter where it is.”