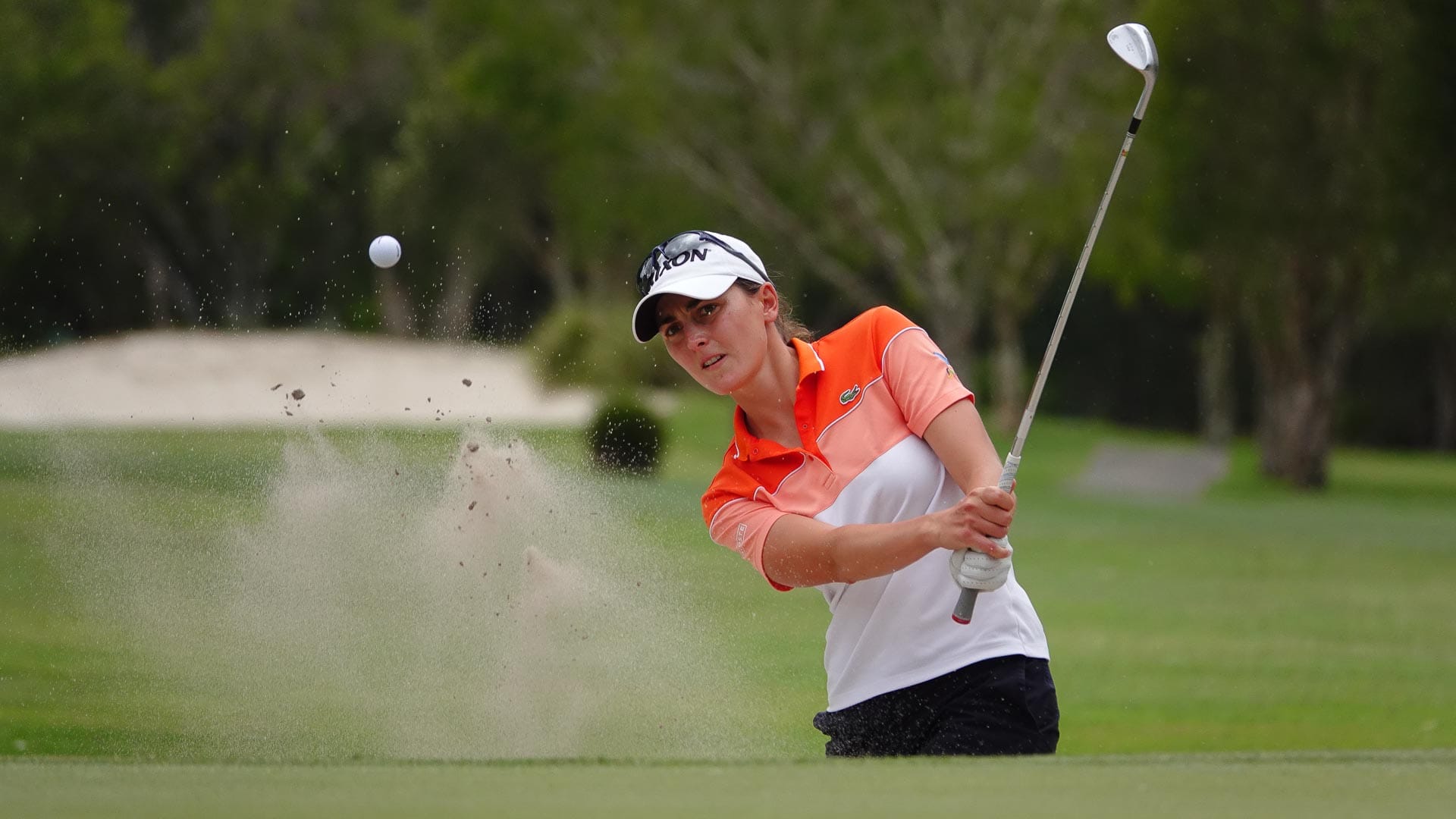 England’s Meghan McLaren has a one shot lead after nine holes in the third round.

Norway’s Marita Engzelius is in outright second at seven under while Camilla Lennarth, who led for most of the morning until a double bogey tenth hole sits in third place at six under.

There is a three way tie for fourth with Australian’s Rebecca Artis and Sarah Kemp both making a move early in the back nine.

Moving day is underway in the Women’s NSW Open at Coffs Harbour Golf Club and conditions are perfect for scoring.

The leaders have just teed off and the moves have already begun with six player now in a tie for the lead at six under.

Swede Camilla Lennarth has vaulted into a share of the lead after a stunning eagle on the first after hitting the green in one and draining a 10 foot putt.

Spain’s Silvia Banon has also jumped into a share of the lead after starting with birdies on the first three holes.

First round leader Manon Molle birdie the first to jump to six under, as did her playing partner Marita Engzelius.

Amateur Hannah Park got away safely with a two putt par on the first to stay at six under.

St Michael’s Stephanie Kyriacou has one of the rounds of the day going at three under, and currently sits in a tie for seventh for the tournament.

Stay tuned for more updates throughout the day.

RD ONE WRAP: Molle and Banon Lead the way