AVONDALE AM: Shin By Four, Guan and Gough Tied At Top 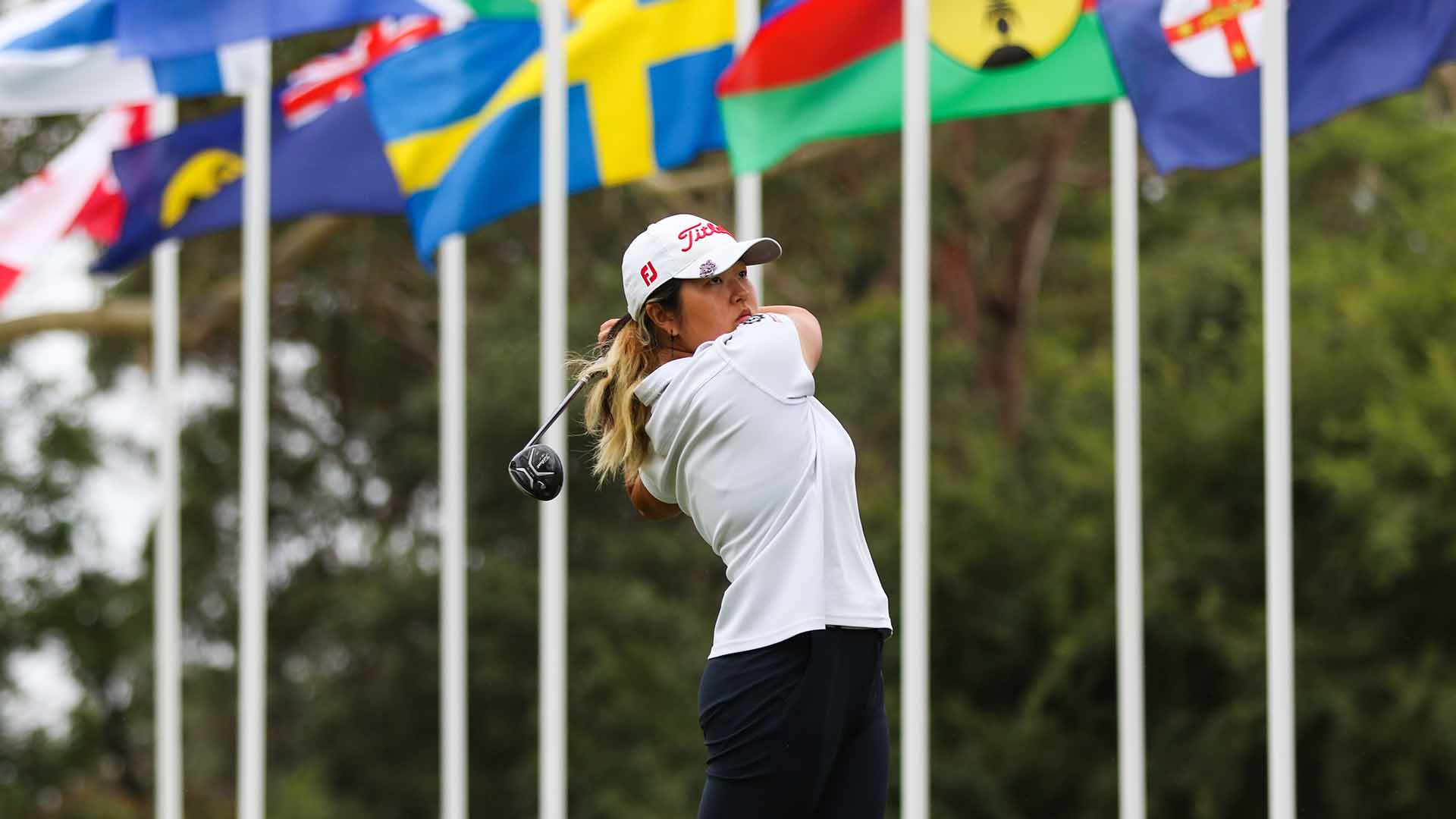 It was a cold and gloomy start to day three of the Avondale Amateur. The wind and rain made their presence felt right throughout day. Despite the tricky conditions, there was plenty of outstanding golf on show again.

In the men’s, England’s John Gough and Jeffrey Guan are tied atop the leader board by a massive seven shots at -14 for the tournament, at the closing of the day.

Gough (The Berkshire Golf Club) and freshly minted Australian Amateur Champion Kazuma Kobori (Rangiora Golf Club) tied for the lowest round of the day, each posting a (-6) 65.

If the weather played it’s part, it was nothing on the drama which ensued on the 18th hole however for the final group.

Leading by three, Gough struck his final tee shot well past his playing group. Guan (The Australian Golf Club) answered the call holing out his approach shot from 141 metres with an 8 iron for a perfectly-timed eagle. Gough, sadly, was then unable to save par resulting in a crucial three shot swing on on the final green.

In the women’s Avondale Bowl, Claire Shin improved on her impressive opening two days form, shooting six birdies and just the one bogey on her way to a five under par 67.

.Godiva Kim (Links Hope Island Golf Club) has put herself in strong contention for the Avondale Bowl, improving each day of the tournament. Today, Godiva posted a (-3) 69 and finds herself in solo second, trailing Claire Shin by four shots.

The tied low round of the day in was produced by Justice Bosio (Caboolture Golf Club) and current leader Claire Shin (St Michaels Golf Club). Bosio posted an impressive, bogey free, (-5) 67 round with 5 birdies to her name. She now finds herself in solo third at the closing of the third day.

The final round of the Avondale Amateur starts at 7am on Friday morning.