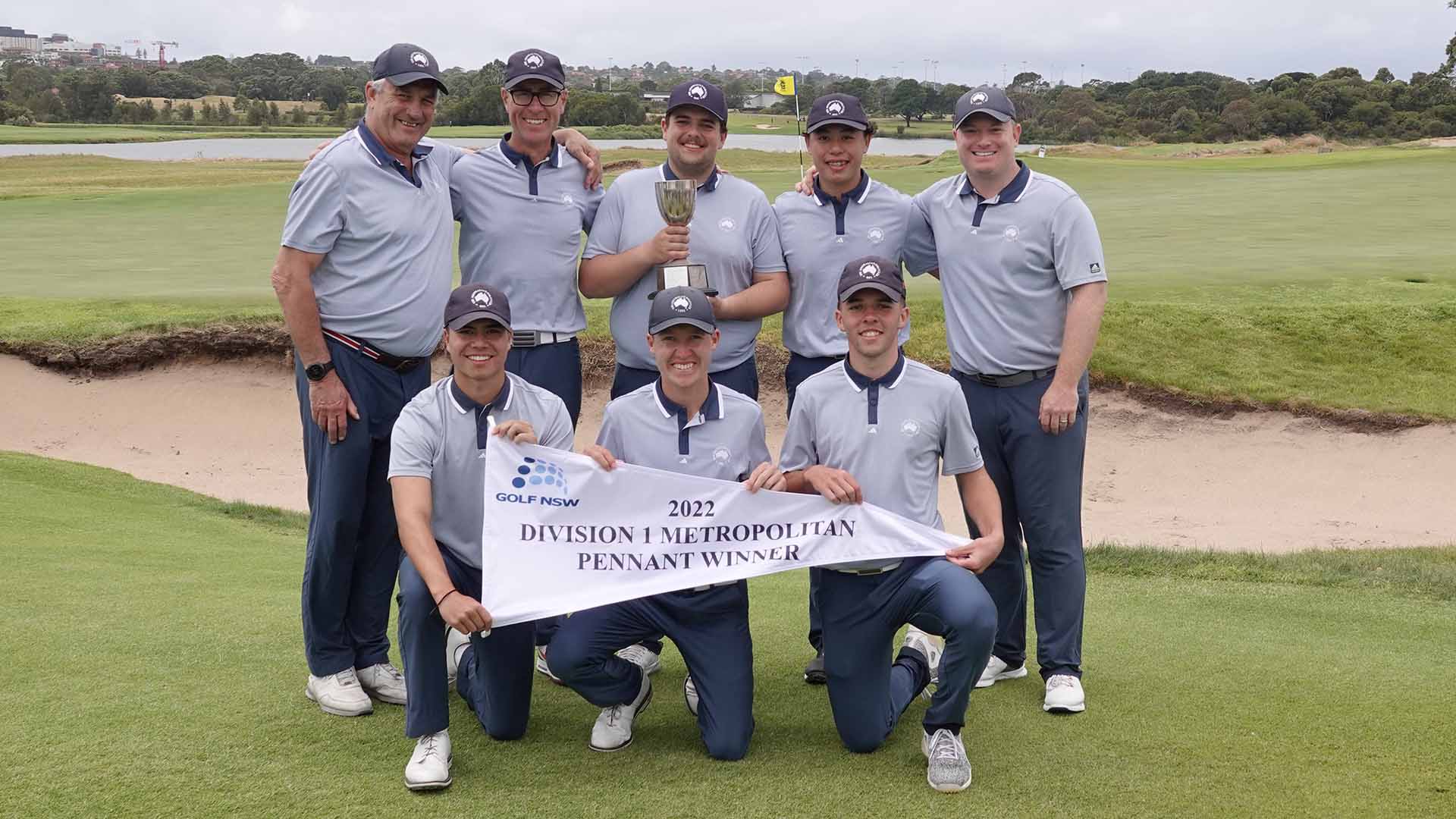 After another season of disruption due to the inundation the state has copped, the Metropolitan Major Pennant Division 1 Men’s Final between New South Wales and The Australian has finally been completed under testing conditions at The Lakes Golf Club.

As has been the case for most of the year, however, the weather, of course, played its part. Just moments after teeing off, play was suspended, with greens taking water and being unplayable

Play resumed after a 45-minute delay, with New South Wales’ Jake Baker getting off to a flying start, securing the first point for his team, defeating Oliver Davis 5&4.

The Australian Team Captain, Matt Giles, and Tom Heaton conquered the weather and their opponents to score impressive wins. Giles defeated Jye Halls 4&3, while Heaton got the job done against Ali Rachid 5&4.

The remaining four matches were shaping up to be contests worthy of a Division 1 Pennant Final.

James Brownlow of The Australian gritted out a hard-fought 2&1 win against New South Wales’ Dean Van Kampen to claim The Australian’s third point for the contest.

With just one more contest required to clinch the Pennant for the Kensington team, the tension in the air was palpable.

The Australian’s Joshua Todd, trailing for much of his contest, won three holes in a row to turn his match around, then calmly two-putted the 18th to win his match 2up and secure the Division 1 Pennant for The Australian Golf Club.

With the contest decided, the match between Zac Mullins and Harrison Glenday, who were patiently waiting on the 18th tee and tied at the time, was waved in.

The remaining match between Harry Bolton and Jeffrey Guan, also a nail-biter, was also given the news.

“The season is finally completed, and what a year this has been. Our team was undefeated this year, and I am so proud to be part of a great outfit,” said a jubilant Giles.

The 2023 Metropolitan Major Pennant season is just around the corner and begins on 29th January 2023.