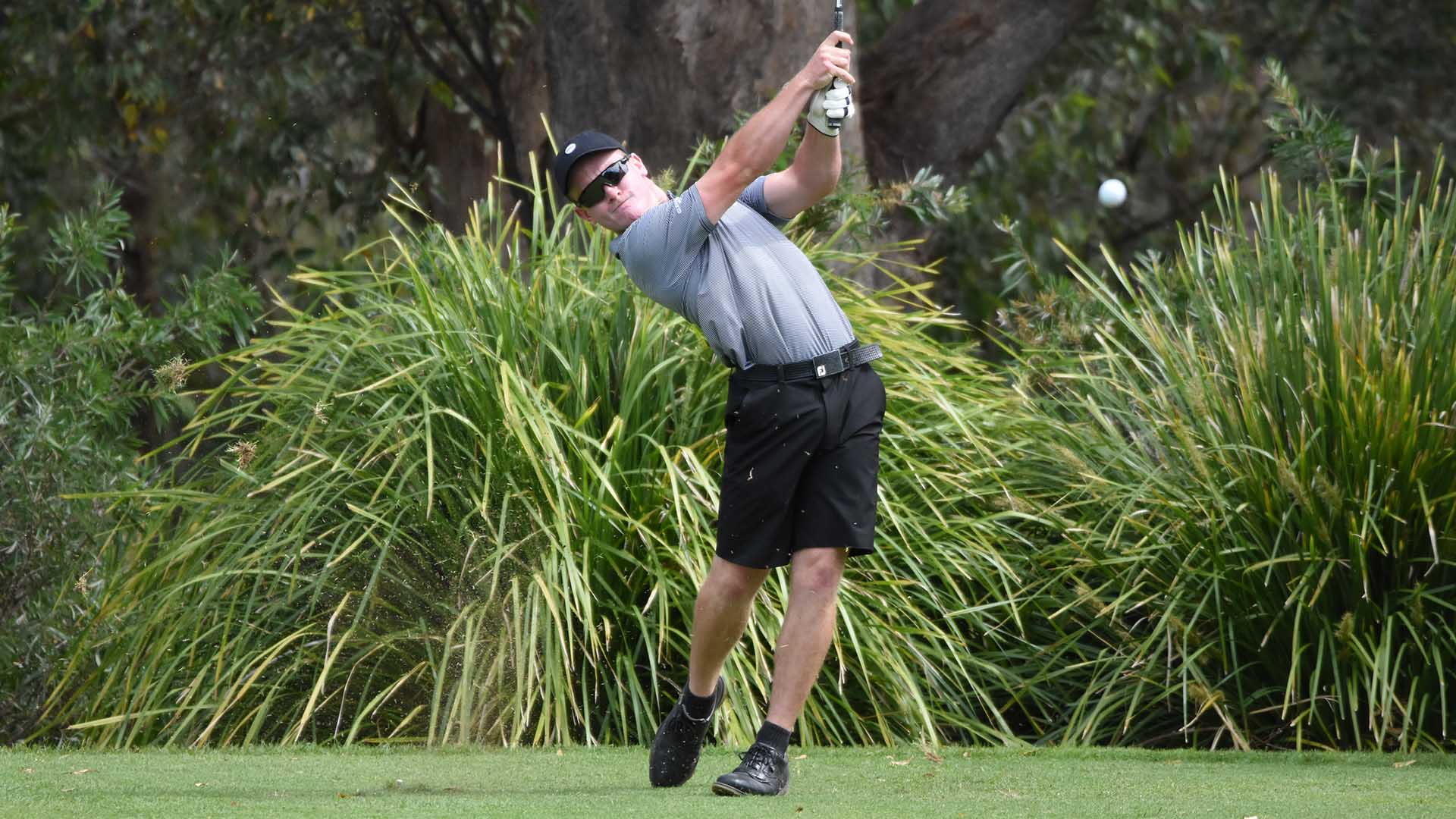 A CLUTCH birdie putt on the second last hole sealed victory for Ethan Harvey in the ANZ North Coast Amateur played at Coffs Harbour Golf Club on the weekend.

A double bogey on the 10th put a dent in the chances of the 19 year-old Kiama local who plays for The Lakes but he bounced back with a birdie on the par-3 12th to once again close the gap on Buckley.

By the time the final group was teeing off on the 17th, Harvey was 3-over and tied with local hopes Aden Lopez and Billy Flanagan and Sawtell’s Cameron Pollard.

Harvey’s second shot missed on the left side of the green and left him a short sided chip shot.

He was able to get his third within a five foot-foot uphill putt which he nailed to take the lead for the first time.

“There was probably five metres of green to work with but I’m always practicing those tough shots,” Harvey recalled.

“You don’t practice all the easy shots, you practice the tough ones so you get a feel for being under pressure and make up-and-downs like I did. So I just knew to open it up, just do my thing, follow through and it will land soft and check up and go near the hole.”

The back nine was just the tune up that Harvey was looking for when he entered the event for the first time.

That lead had stretched to nine after 27 holes but Douglas had a back nine wobble yet was still able to finish two strokes ahead to win the Ladies Classic for a third time.

The winner said the Ladies Classic which is part of the final weekend of Coffs Harbour’s annual Festival of Golf is always an enjoyable event.

“I love this course and I like the vibe here,” Douglas said.