Tenacious Crowe Two Back In Thailand 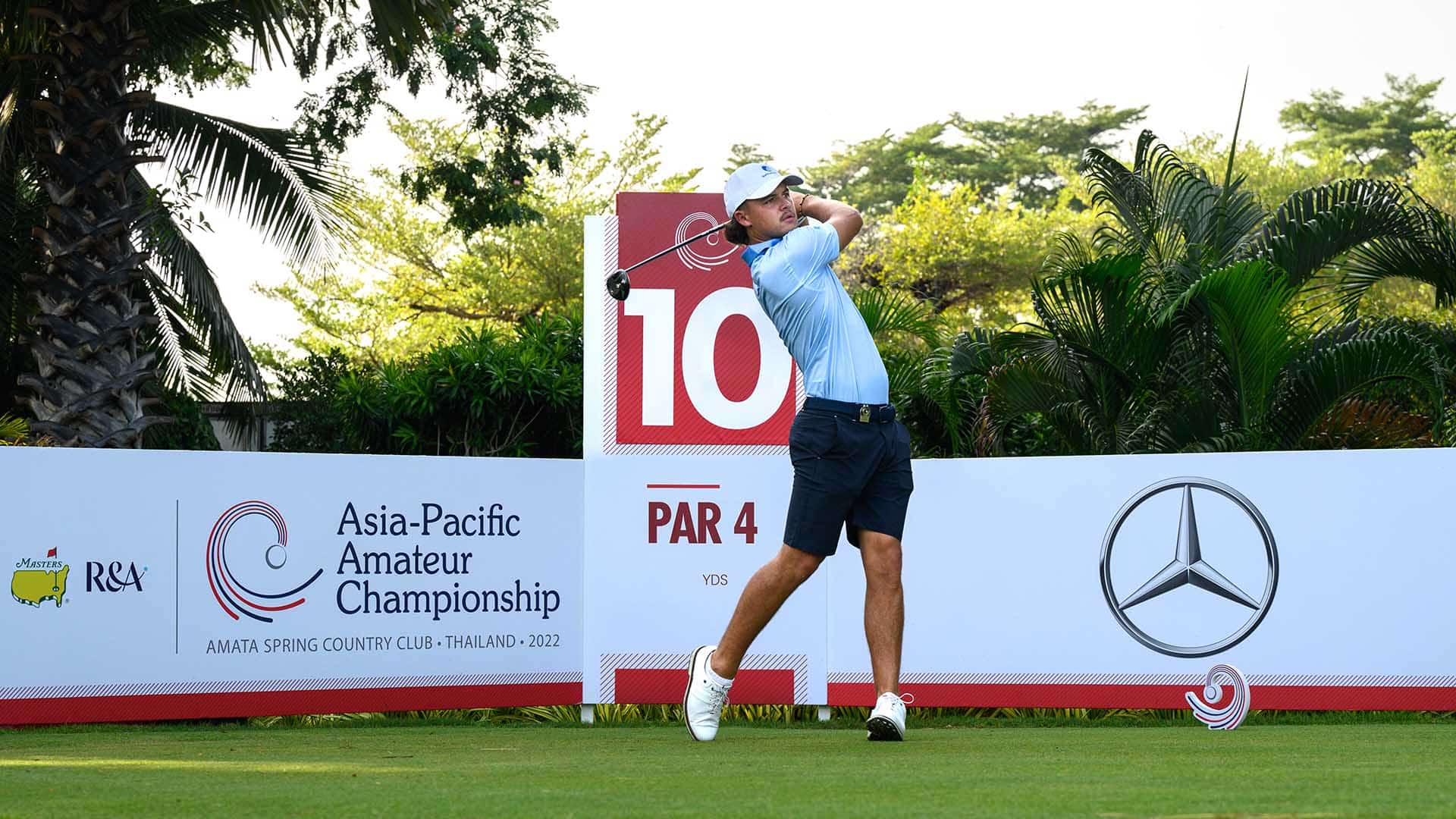 Reigning NSW Amateur and NSW Open Champion Harrison Crowe admits his confidence had taken a hit after a tough run of results during a stint in Europe and America this year following his stellar summer at home.

But the St. Michael’s Golf Club member believes it is starting to return as evidenced by his three-under-par start at the Asia-Pacific Amateur Championship in Thailand on Thursday that he followed with a second round of 67 to sit at eight-under, two back of leader Bo Jin from China.

Crowe level with compatriot Karl Vilips as the best of the six Aussies to make the halfway cut, a position that could have been better if not for a bogey at the 18th on Friday. The second time he dropped a shot at his last hole after making bogey on the 464-yard par-4 9th on Thursday.

“The confidence hasn’t been running too red hot, so to start out this week solid is a good way to get things moving back in the right directions is nice,” Crowe said.

“I found a couple of things to tighten up the driver yesterday afternoon, and had it going well fairly early.”

His confidence was on full display during the front nine of round two, when the 21-year-old made four birdies that he added to at the 11th. Following a mis-hit drive and chip out at the 12th, Crowe unleashed a passionate fist pump when his 12 foot par putt found the bottom of the cup.

A first bogey of the day came at the 13th that was quickly rectified at the par-5 15th. Crowe then birdieing the unique island green par-3 17th that players take a boat to the putting surface of.

Sitting one back of Jin with one hole to play, Crowe’s driver fix from the previous day failed him on the last. His tee shot finding the water left, his par putt sliding by.

“I would be lying if I said I was confident over that tee shot for sure,” he said. “Just tried to squeeze one up there, thought I hit it good but it turned the other way. Thought I hit a mint putt and was about to take a big forward step and it grazed.

Crowe now part of a congested top of the leaderboard and knowing he will have to continue to play with confidence and freedom as he chases a Masters and Open Champion spot at Amata Spring.

The same can be said for fellow New South Welshman Jeffrey Guan, who finds himself in a share of 33rd after a two-under-par second round that included five birdies and three bogeys followed an opening round of even par.

Guan, like many of the players so far this week, noted a lack of putts falling so far. Something he will need to address if he is to climb the leaderboard. Certainly not an impossible task for the 18-year-old who arrived this week off back-to-back top-10s on the PGA Tour of Australasia, a red-eye flight from Perth to Sydney and then the nine and half hour haul to Bangkok. A journey that might have an older player feeling slightly fatigued.

“I am actually not that tired, I am really excited,” Guan said.