Refreshed Bransdon Fires On All Cylinders at Muswellbrook 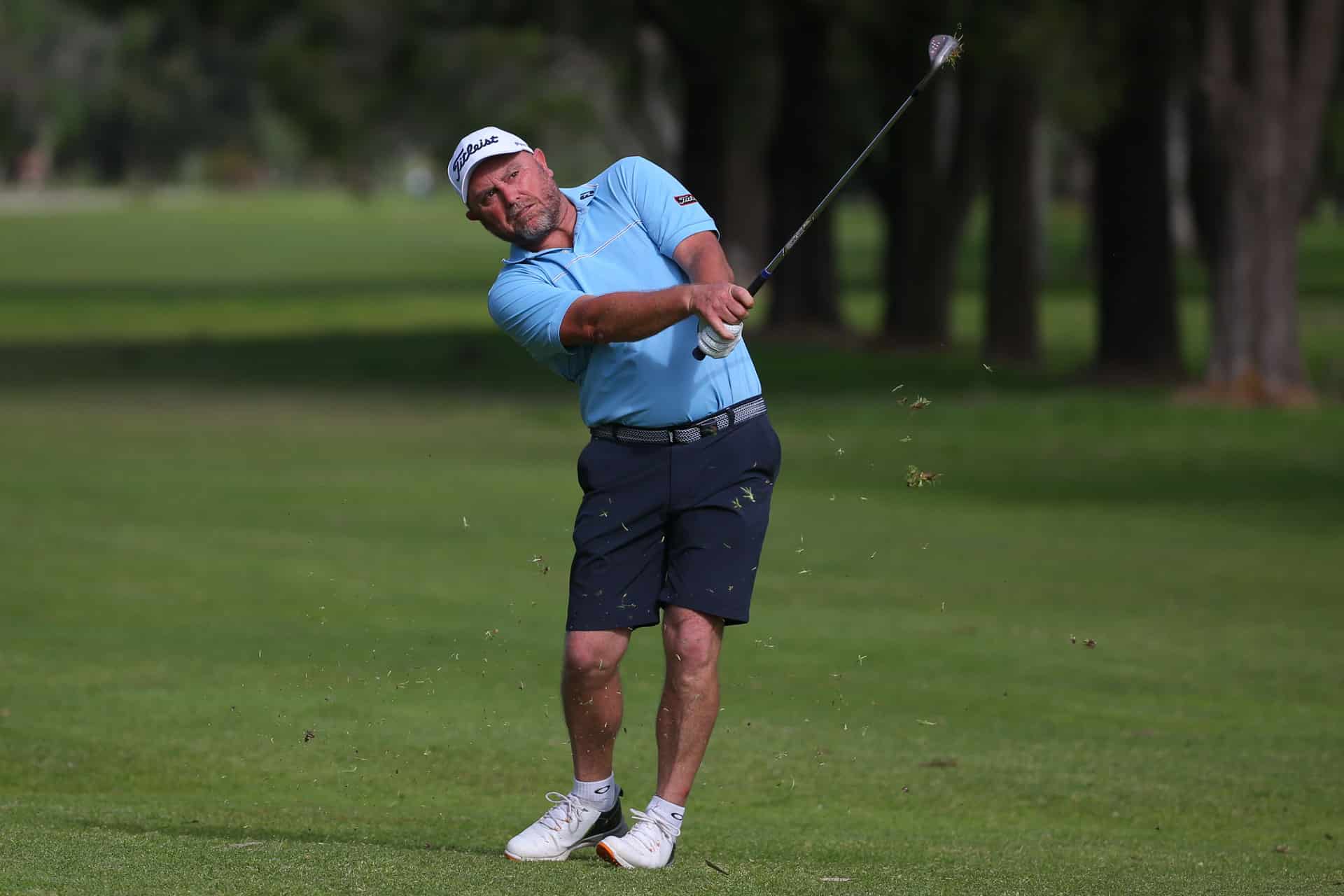 A refreshed David Bransdon has come out firing on all cylinders at the $50,000 Upper Hunter Open, posting an opening round of nine-under-par 63 at Muswellbrook Golf Club.

Originally from Wauchope on the NSW Mid North coast but now residing in country Victoria, Bransdon holds a one-shot lead over a pair of New South Welshmen, Jay Mackenzie and former NSW Amateur star Lucas Higgins. Victorian Darcy Brereton is in outright fourth at six under.

Bransdon, who has played on the Japanese Tour for the last few months, was in sublime touch. Birdies at 2nd, 3rd, 4th, 6th and 9th saw the veteran turn in just 31 shots. Another birdie on 12 saw him get to six under.

His only bogey of the day came on the 13th, but it would prove to be only a temporary setback. Bransdon wasn’t phased and finished his round with a flourish. An impressive eagle on 15 set the scene, followed by a birdie on the testing par three 17th.

Bransdon made the lead all his own, holing a handy ten-footer on the last for his 8th birdie of the day.

“It felt very refreshing,” said a happy Bransdon post round. “It was a day when everything went in, and they don’t happen too often, so yeah, super happy with the way I played.”

Sitting one shot back of the veteran is a formidable pair of rising stars in Lucas Higgins and Jay Mackenzie.

Mackenzie, a winner this year on the ISPS Handa PGA Tour of Australasia at the CKB WA PGA Championship in Kalgoorlie, was also a very satisfied man post-round.

“I played pretty good, drove it straight, and holes some putts, ” Mackenzie smiled. “There’s no putting green, so starting was a bit of a mystery, but when my very first putt of the day went in, I thought, here we go! and just kept it going.”

With qualification for next year’s PLAY TODAY NSW Open already secure, the Ballina-based star is looking to this week as a chance to earn a bit of ‘bank before he attempts to secure his playing rights in Europe for 2023.

“It will help me get to European Tour School. I got into second stage so the money, well, it all helps a lot.”

Playing alongside Mackenzie and Bransdon in tomorrow’s final group will be young Murwilumbah star, Lucas Higgins. The 23-year-old, who only turned professional in April last year and already has four pro-am victories under his belt, was also one happy player after his round.

“Pretty stoked,” he grinned. “I got off to a slow start, and was only one under after nine, but I holed a couple of putts and a bit of a fluke from over the back of the 13th green, then went on a bit of a tear.”

“It didn’t feel like it was that exciting but I hit some close, and made some big putts.”

Although conditionally qualified for the PLAY TODAY NSW Open, Higgins is hopeful of securing his spot with a strong showing in tomorrow’s final round.

“I’ve won over 36 holes before at Wagga. I was tied for the lead there so hopefully I can convert it tomorrow.”