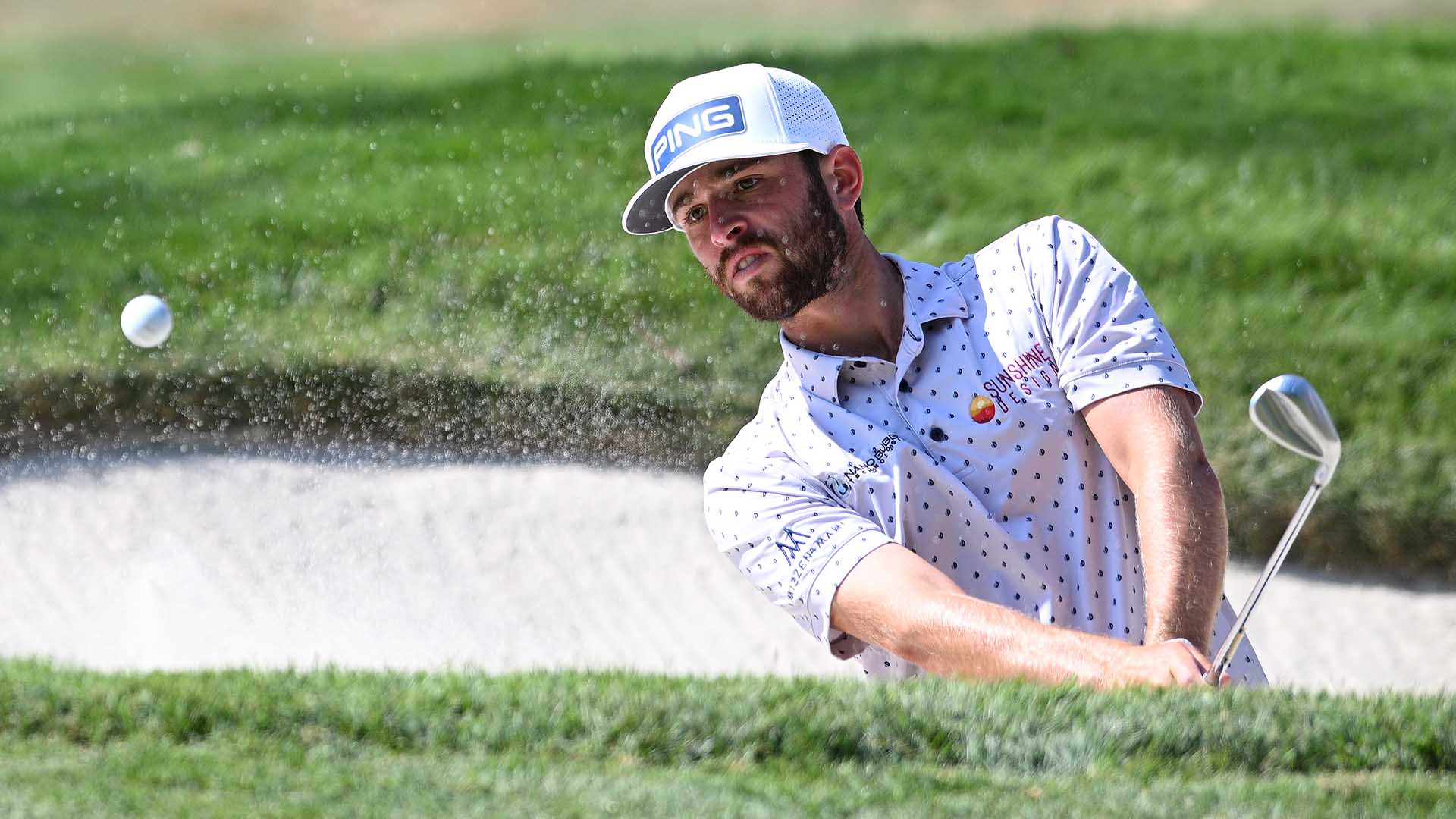 Fate is often associated with cruel twists; destiny a pre-ordained path to the inevitable. Harrison Endycott has experienced both sides of life’s flip of the coin and it has led him to the US PGA Tour.

Endycott will make his debut as a member of the PGA Tour in the early hours of Friday morning at the Fortinet Championship in Napa, California.

It represents both the culmination and beginning of a path that has been littered with forks in the road, forks that for many can leave childhood dreams unfulfilled.

And it all started with a cup of coffee.

As his wife Dianne worked tirelessly in the kitchen, Brian Endycott was up front making cups of coffee and chit-chat with customers in equally large doses.

Brian saw Bob’s son Ben grow up to be a highly accomplished golfer at Avondale Golf Club and Ben would have a critical influence on Harrison Endycott’s development as a young golfer.

Previously a member at Asquith Golf Club, Brian was told that Avondale was starting a new junior program under the watch of PGA Professional Mark Paterson.

A club frequented by Prime Ministers, ex-Wallabies and titans of business was beyond the financial means of the Endycotts at that time so Ben Leach stepped in and convinced Avondale to sponsor young Harrison as a development player so that he could be coached by Paterson and his son Ben, the Assistant Professional at the time.

It was a moment in time that changed everything that followed.

“I don’t know why Mark and Ben took a shine to me,” says Endycott, pictured above with Ben, Avondale member David Donnelly and Mark.

“I’ve got no idea. I just wanted to go play good golf and I was very fortunate to be able to be mentored by that family.

“Avondale is a place in my heart that I’ve never forgotten and never will. Hopefully one day I’m in a position to give back a lot to that golf club.

“I wouldn’t be playing the PGA TOUR if it wasn’t for them.”

As Paterson began to build a junior program from scratch, Endycott gave him a glimpse of the future.

Like most active 12-year-old boys, Endycott had visions of sporting greatness that changed by the hour.

Playing for the Wests Tigers in the NRL, playing cricket for Australia, surfing like Kelly Slater, playing rugby union for the Waratahs and playing golf on the PGA TOUR.

These were not fanciful dreams, simply options.

But there was a talent and an intensity to his golf that separated him from almost everyone else his age.

“You’re talking about 1 per cent of kids in the world,” Paterson says of those who realise seemingly impossible dreams.

“It’s pretty hard for us to say that they’re going to make it but he had the drive, the dedication and he just had this thing about his game.

“He knew what he wanted in life. We set a dream for him and he’s reached that dream now.”

Tragedy would take the player-coach relationship to even greater depths.

Endycott lost his mother to ovarian cancer at just 15 years of age.

It is a time in a young man’s life where even the slightest disruption can greatly alter their direction; Harrison had to suddenly face a life without his mum.

As his father and sister both struggled to come to terms with their loss, Endycott had the Paterson family to hold him in place.

“We’ve dealt with a lot of family hardship but what Mark and Ben have done not only for me but my dad, for my sister, their whole family is unbelievable,” Endycott says.

“Not only did they develop me and help me to get to an area of my career where I wanted to get to but they’ve coached me to be the person I am and to look at life in a completely different way.

“I can’t buy that. I can go out and win 10 majors and be world No.1 but I couldn’t buy that loyalty of family.

“I’m very, very humbled to have that in my life.”

The Paterson family influence is all encompassing.

Mark was Endycott’s first coach, is now his mentor and is described by both as being “a second father”.

Ben is Endycott’s current coach and surrogate big brother, the pair talking daily from all corners of the globe.

Ben’s wife Abbey is a trained social worker who provided counselling support to the entire Endycott family and Mark’s wife Robyn has opened her heart and her home to be something of a second mother.

“We feel like we’re a village with ‘Harro’ because he’s not just a student to us. He’s more than a student to all of us. He’s like a second son to me and a brother to Ben,” Paterson adds.

It’s created a support network that has been vital in moving Endycott through the various stages it takes to join the PGA TOUR.

With financial support from some Avondale members, he spent two years battling language difficulties in South American countries playing the PGA TOUR-Latinoamerica circuit and then graduated to the cut-and-thrust of the Korn Ferry Tour, a cobblestone road toward the promise of gold.

Harrison, Mark and Ben all talked through taking the path with no promises but only opportunity, confident that the drive and determination he displayed as a kid hadn’t faded.

Victory earlier this year at the Huntsville Championship was pivotal; the pro shop at Avondale Golf Club full of members craning to see young Harrison fulfil his destiny as the Korn Ferry Tour season reached its climax.

They will all tell you that he is just getting started, but he has already come so far.

“All because of where Bob Leach bought his coffee.”