Royal Sydney Golf Club will undergo the most significant renovation in its 126-year history after it’s members voted overwhelmingly in favour of the proposal at an extraordinary General Meeting overnight.

The historic Championship Course, which has hosted no less than 16 Australian Open Championships, will be renovated by world-renowned golf course architect, Gil Hanse.

Mr Hanse has designed courses across the globe – from Castle Stuart in Scotland and the Rio 2016 Olympic Games course as well as being involved in the renovation of courses like Pinehurst No.4, Merion and The Country Club ion Brookline.

Hanse’s design will be complemented by a landscape restoration project overseen by the Australian landscape architect, Harley Kruse.

The renovation will include several key features to deliver a contemporary design crafted for the site as well as restore a native heathland landscape. 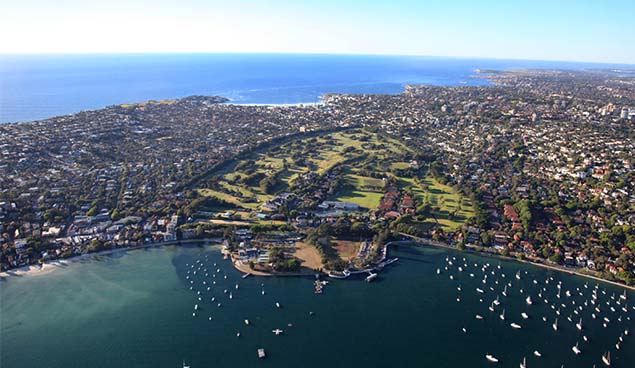 “Our Championship Course has not undergone a comprehensive renovation for over 100 years.

“The course and its infrastructure are showing their age, and this would have had to be resolved at some point in the near future,” he said.

Mr Chapman also explained the significance of the work to be carried out would have an influence not only on the Rose Bay layout but across the wider golfing community of New South Wales.

“Throughout its 126-year history, The Royal Sydney Golf Club has made an extraordinary contribution to the evolution and development of the game, to golf architecture, to grass and green technology and tournament life.

The Championship Course redevelopment will ensure these influences prevail long into the future.”

The club believes the re-imagined Championship Course when complete will stand among the finest heathland courses and be contemporary, playable and sustainable.

Importantly, it will also evolve into a sanctuary for native flora and fauna in Sydney’s Eastern Suburbs.

In addition to the environmental edge to the works,  a new ‘two loops of nine’ routing would be the cornerstone of the works.

Royal Sydney’s Women’s Captain, Jane Buckley, said that the new design would create a more multifaceted course for all levels of golfer.

“A ‘ribbon’ design on our tee areas will create greater variation among the four sets of tees – the front-most tees provide simpler shots onto the fairway, while those further back face increased challenges,” she said.

“The new approach to bunker design and placement emphasises strategy rather than penalty.

What these design factors mean is that diverse playing groups – men and women, younger and older, newer golfers and more advanced – can play together more harmoniously with challenges suited to their ability level.”

The Club’s Men’s Captain, Stephen Martin, said several of the specific enhancements to the Course would follow industry best practices.

“As well as the new design features, the redevelopment will allow us to rebuild our greens using USGA construction methodology and Sub-Air drainage technology.

Our bunkers will be constructed with a new liner to also aid drainage, as well as improved bunker sand and entry and exit points to increase playability, safety and speed of play.”

He also noted the significance of the new Landscape Plan for both golfers and non-golfers.

“The new landscape will not only complement the course design by providing more fairway space, but will also present a number of sustainable benefits,” he said.

“It will almost quadruple our current floral diversity – including several rare and endangered species – as well as add a further 144 trees over the current tree count.

The heathland species will thrive naturally in our local environment, meaning the Club’s Turfcare Team will be able to reduce watering and other inputs for the Course’s rough and landscaped areas.

We also anticipate that the new landscape will result in a wider diversity of native animal species making Royal Sydney their home.”

“This project has undergone a four-year process of planning and consultation since first being discussed in 2015,” Royal Sydney Vice-President, Joan Dale, said.

“Over those four years the effort of our General Committee past and present, the Club’s Management Team, as well as the extensive input from our membership, has been invaluable in us now taking one of the most important steps in our Club’s history.”

The Club will now commence its development planning process, under which the Championship Course would close for construction in April 2021 before re-opening in April 2022.

The next step in the process will be the Club’s submission of a Development Application to Woollahra Municipal Council.