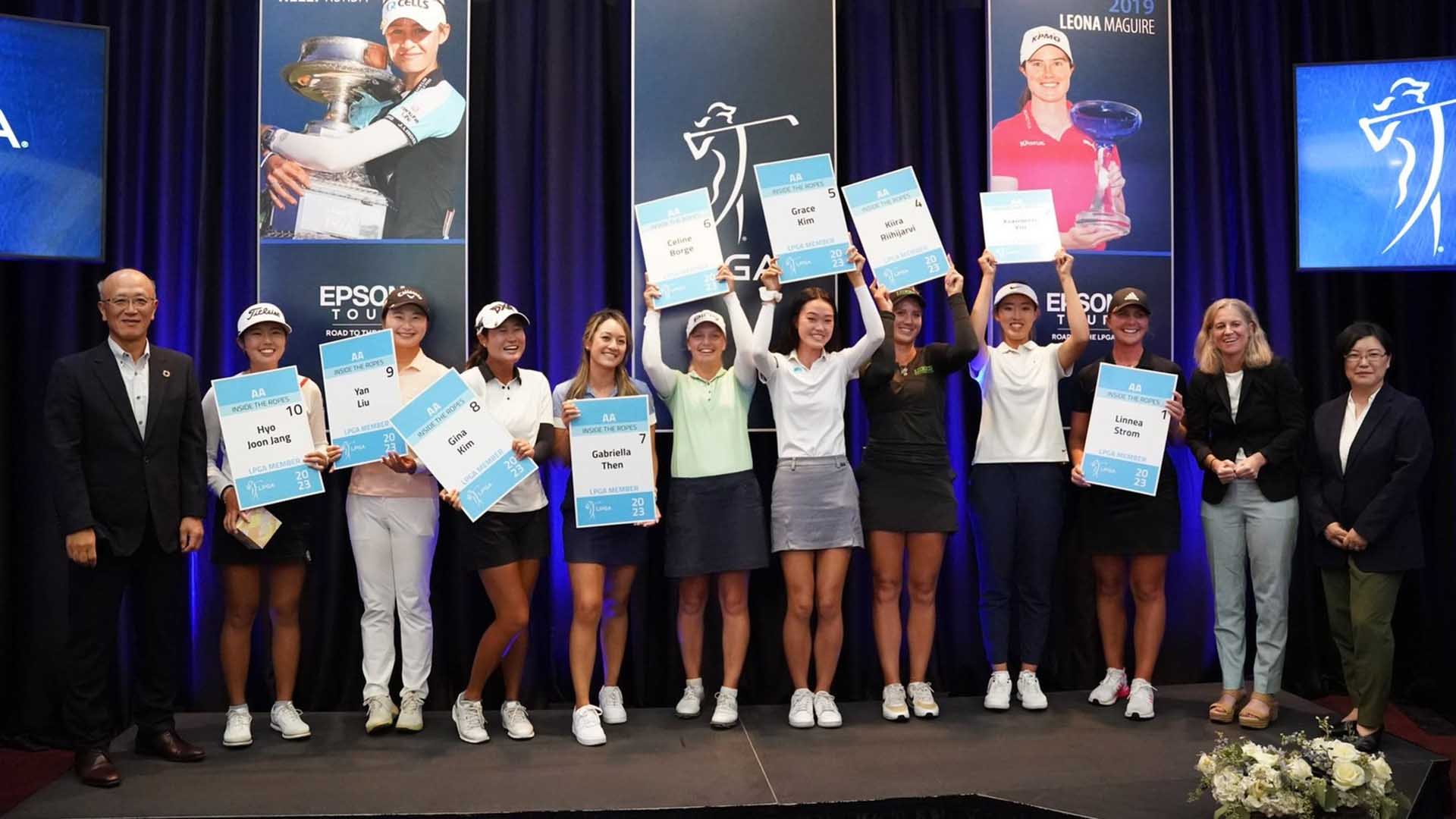 Despite an enforced weekend off, Sydney’s Grace Kim has secured her promotion to the LPGA Tour in 2023.

Forced to watch the the Epson Tour season finale from the sidelines after missing the cut at the Tour Championship in Florida, Kim dropped just one spot to finish in fifth place on the Ascensus Race to the Card standings.

Only the top three before the Tour Championship were guaranteed one of the ten cards on offer, but despite missing the cut, the 21-year-old enjoyed a relatively comfortable weekend of leaderboard watching.

Kim is the first Australian since Hannah Green in 2017 to earn promotion to the LPGA Tour via the secondary Epson Tour, and she can now look forward to teeing it up alongside her good friend, fellow Sydneysider Steph Kyriacou and several of her childhood heroes next season.

“As a rookie on the Epson Tour – the secondary tour of the LPGA – it’s a highlight for me,” Kim said of her immediate advancement.

“To be able to finish top 10 and get it done during the first year… A lot of the girls repeat year after year, and I’m quite fortunate and blessed to have got it done the first year.

“Seeing ‘Greeny’, seeing Su (Oh), a lot of the American and international players that I looked up to and getting to play amongst them is pretty cool.

“They’re people that I used to see on TV and Instagram highlights; that means I’m going to be in amongst them.

“Hopefully, I have a good year next year as well and do something similar like I did this year.”

Kim’s season was built upon a breakthrough win at the IOA Golf Classic in May, four other top-10 finishes and total prize money of $US89,720, paving her way to the big time.

Camped within the top 10 for most of the season, Kim admitted that it was finally a relief to have her card confirmed on Sunday.

“The whole year has been a bit of a struggle mentally and physically,” said the Avondale Golf Club product.

“Knowing that I was in a comfortable position at the start of the year, going into the Tour Championship settled my mind a little bit, but it’s not done until it’s done on the 18th.

“Performance-wise (this week) wasn’t good, but mentally it didn’t really stress me as much as the girls outside the top 10.

“I was in a ‘safe’ position but I didn’t want to settle my mind too much about it because anything could happen.

“I’m just grateful that I had some good performances mid-season and finished where I was.”