Locals at Goulburn would have been rubbing their eyes in disbelief this morning, waking to see the Golf Club and town covered in a blanket of white.

With much of the state ravaged by drought, the Southern Tablelands copped the brunt of an east coast trough, with mother nature dumping almost 40 cm of snow across the region.

Goulburn Superintendent David Laurie managed to capture the sight around the golf course as he started work. He said it wasn’t the first dump of snow he had seen at the club in his six years, but it was certainly the biggest.

“It’s about four inches deep in parts, and there’s still snow on my roof now.

“It’s the third snowfall this year, but nothing like this,” he said.

The fall, which began overnight was preceded by some much-needed rain, with 18mm already in the rain gauge from the slow-moving system,.
“This should really help, especially with Goulburn Cup ( A NSW open regional qualifier) on the 29th.”

The beauty of the blanket of white was a testament to how cold it was. Laurie added he had to discourage a couple of hardy locals form attempting to have a hit. 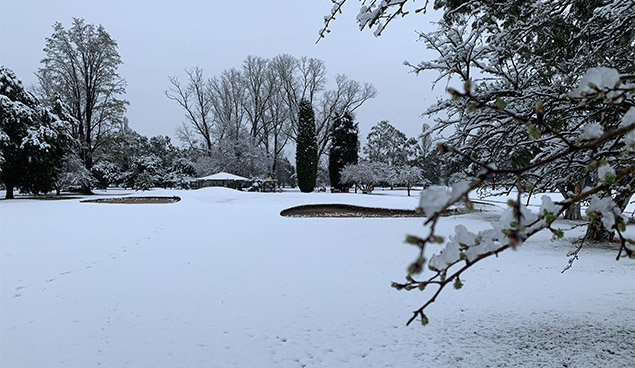 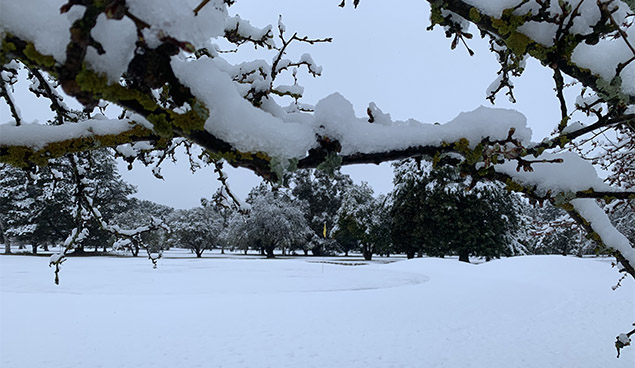 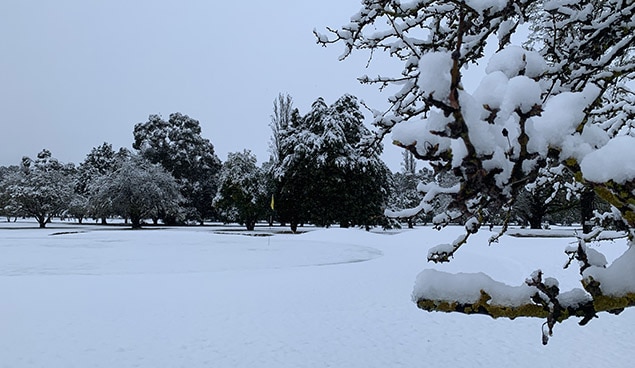 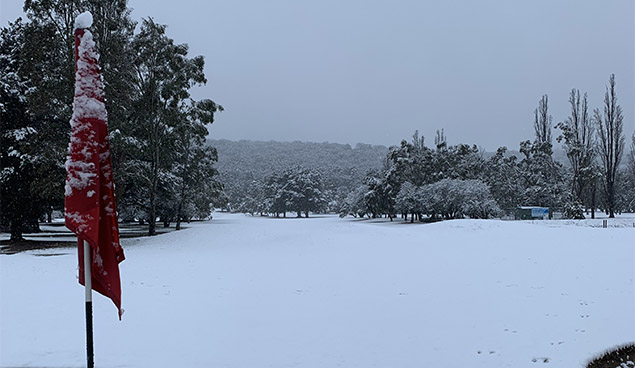 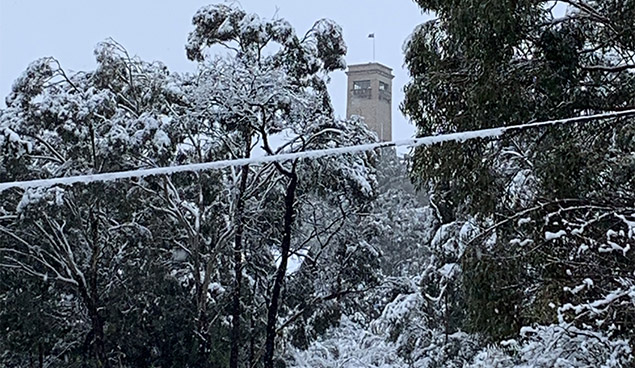 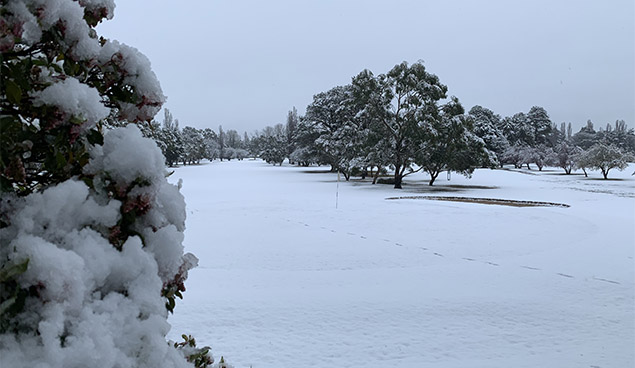 Guan marches on, but young guns are on the hunt