The world-renowned Bonville Golf Resort will become the home of Australian women’s golf newest professional golf tournament, The Australian Ladies Classic – Bonville in 2018 and for the following four years, while the Women’s NSW Open will return to the ALPG calendar for the first time since 2015 and will be contested at Coffs Harbour Golf Club.

The Deputy Premier also announced that In addition to joining the ALPG calendar, both events had also been added to the Ladies European Tour schedule for 2018.

“This is a fantastic announcement not only for Coffs Harbour but for all of regional NSW,” Mr Barilaro said at the launch of the two tournaments.

“Over the next five years, more than 16,000 domestic and international visitors are expected to travel to these events, injecting approximately $8 million into the NSW visitor economy,” the Deputy Premier said.

“Fans will see a number of the world’s best female athletes competing in the Australian Ladies Classic at one of the nation’s best golf courses in Bonville, and then the following week the great golf will continue at the Women’s NSW Open at Coffs Harbour Golf Club,” he said.

Former Australian World Cup representative Nikki Barrett will make her comeback to professional golf at Bonville in 2018 following the birth of her first child and will tee off alongside World Golf Hall of Famer, Laura Davies.

“The announcement of two more tournaments on the ALPG schedule is great news,” Ms Barrett said.

“As the mother of a toddler, it is exciting to know that I will once again be able to compete on the professional stage in my home state and also be able to show other mums that you can still take part in sport at the highest level,” she said.

“Coffs Harbour is one of the most beautiful places you could wish to visit and both Bonville and Coffs Harbour Golf Club are fantastic venues,” Ms Lunn said.

“I would like to say a huge thank you to Golf NSW and the NSW Government for making this possible. We are very much looking forward to these tournaments in 2018 and to welcoming our interstate and international players to Coffs Harbour for two fantastic weeks of golf,” she said.

Member for Coffs Harbour Andrew Fraser said both events would provide a significant boost to local businesses, accommodation providers and tourism operators in the region.

“Hosting both events in Coffs Harbour next year and the Australian Ladies Classic for the next five years provides the perfect opportunity to showcase our sensational corner of NSW to the world, with gorgeous beaches, adventure sports, whale watching, nature reserves and some of regional NSW’s finest restaurants and cafes on our doorstep,” Mr Fraser said.

The Australian Ladies Classic will be played at Bonville Golf Resort from Feb 22-25, 2018 and then annually until 2022, while the Women’s NSW Open will be played at Coffs Harbour Golf Club the following week from March 1st to 4th, and at yet to be announced regional venues from 2019 until 2022 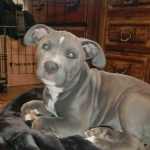